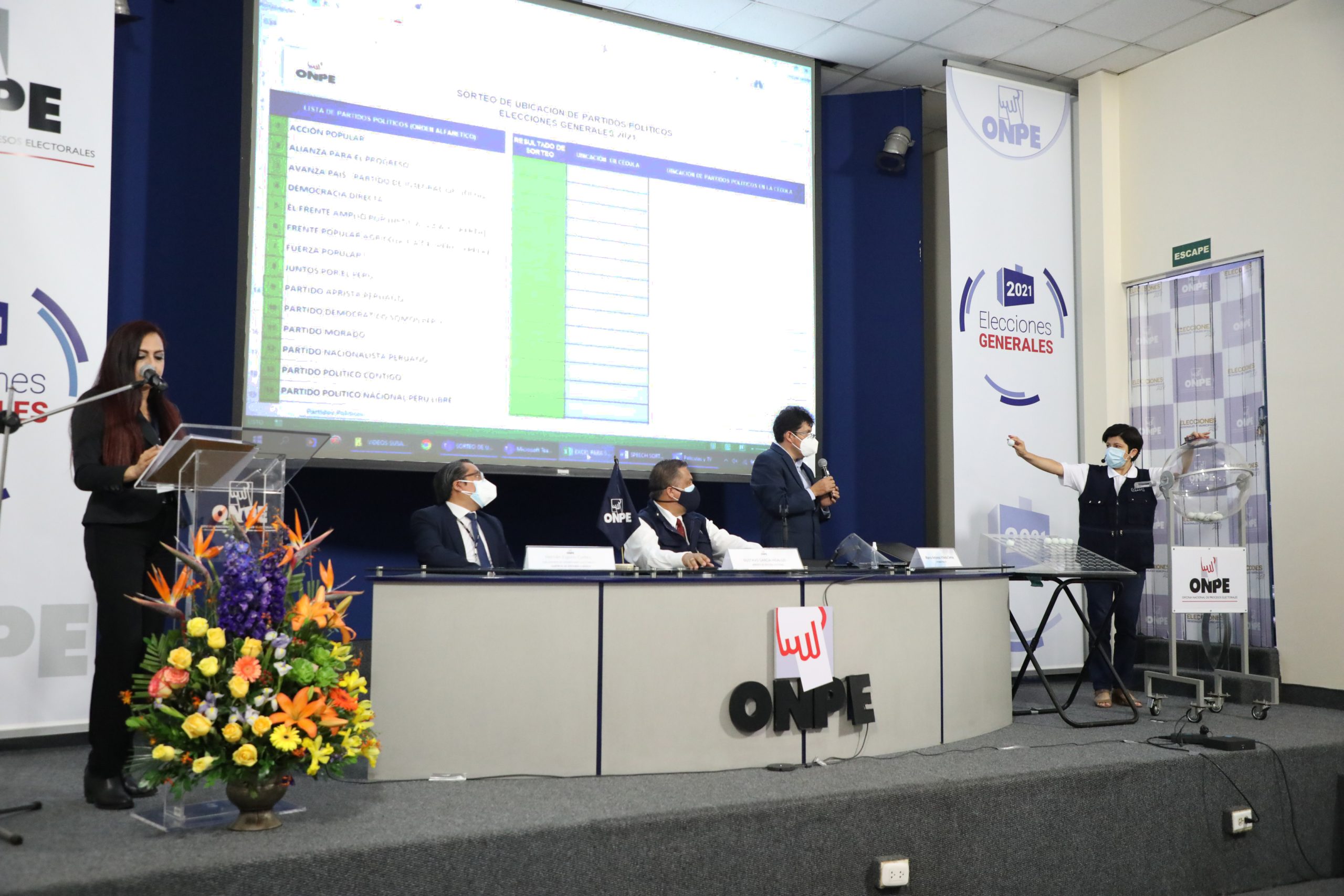 On Friday, November 12, starting at 10:00 am, in the Institutional Hall, the National Office for Electoral Processes (ONPE) will draw up the order for the emergence of 10 political parties in the non-electoral space, an indirect financing method. to the public in order to publish their suggestions and approaches.

This space, similar to the electoral arena, will be in effect until the next general election.

In accordance with Administration Decision No. 002956-2021-GSFP/ONPE, the political groups entitled to this indirect public funding are: Peruvian Liber National Political Party, Popular Power, Popular Renewal, Popular Action, Alliance for Progress, Avanza País – Social Party Integration, Together for Peru we are the Democratic Party of Peru, we can Peru and the Purple Party.

Article 41 of Law No. 28094, Political Organizations and Amendments Law (LOP), states that state-owned media are obligated to give five minutes per month to each political party represented in Congress, to publish their proposals and approaches.

In accordance with Article 34 of the Regulation on Financing and Supervision of Party Funds, political parties that have obtained representation in the Congress of the Republic in elections immediately preceding the date of allocation of said space shall have the right to have a non-electoral space.

According to this same rule, these spaces can only be used during the non-electoral period; That is, it cannot be published from the day following the publication of the decree calling for general electoral processes and regional or municipal operations throughout the national sphere, until the publication of the JNE decision in the Official Gazette declaring its end.

Likewise, the resignation of a member of Congress from the party with which he obtained parliamentary representation does not mean the loss of space for the said party, and the incorporation of the resigned Congressman into another political party without parliamentary representation does not confer the right to vote for the new party. The right to allocate a non-electoral space.

According to Article 45 of the Regulation on Funding and Supervision of Party Funds, political parties and electoral alliances must exclusively use non-electoral space to publish their proposals and proposals, and it is prohibited to use it for advertising for electoral purposes.