Osama and Fidel, the crocodile who roam their lands in Costa Rica 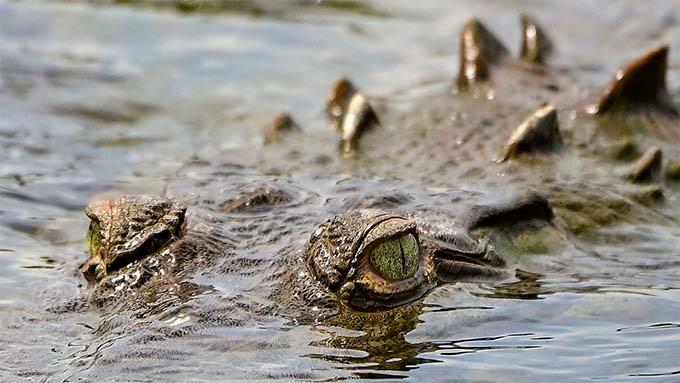 After several minutes of sailing, Jason adjusts his binoculars and gestures. “Here it is,” he says. Camouflaged with mud and stones, Osama is one of 2,000 American crocodiles that live in the Tarcoles River in Costa Rica.

Guide Jason Vargas says they baptized this crocodile as Osama in reference to the disappearing al-Qaeda leader, because it’s always hard to find when a tourist cruise sails through.

“We get to know some of them by the areas they’re usually in, so we have funny names for them like Brad Pitt, Angelina Jolie, George Bush, Fidel Castro, Osama bin Laden, Donald Trump, Selena Gomez, and others,” Vargas says. 43. A year old who they call “The Crocodile Man”.

Crocodile watching at the mouth of the Tarcoles River in the Pacific Ocean is one of the biggest tourist attractions in Canton Jarabito, a city in western Costa Rica.

Tourists can take a boat and travel the 118 km part of this mangrove-lined river where migratory birds and parrots rest.

Some male crocodiles like Osama bin Laden, who can be up to 80 years old and six meters long, defend their territory, even in battles that cost them part of their bodies. Osama lost one of his eyes in a fight.

Upstream, he goes in search of “Captain Hook,” so named because he lost his arm fighting for his space. This time it is not visible. However, “Fidel” appears briefly.

Perhaps Osama is used to passing visitors, cautiously approaching the boat. Jason reacts to him, with equal or more caution.

He makes sure that the animal has some food in its mouth, such as fish, for example, so that it can only be touched with less risk.

A little earlier, Monica, a 15-year-old crocodile, one and a half meters long, also approached. They usually feed on sea fish that come at high tide, and river fish. Although there was a rancher in the area who had already complained about the loss of a cow.

“You don’t have to trust yourself. You have to respect and put everything in God’s hands so that nothing happens to you every day,” says Jason, who wears a three-toothed crocodile necklace that recovered from the river. He’s been doing this business for 20 years.

Tourism is one of the economic drivers of the country, a paradise for lovers of beach, nature and the environment. The Covid-19 coronavirus has hit the sector hard, which is trying to recover.

According to the Costa Rican Tourism Institute (ICT), in 2021 just over 1.3 million tourists entered, a recovery compared to 2020 but still far from the more than 3 million who arrived in 2019.

“It’s my first time seeing crocodiles, it was amazing, I didn’t expect to be so close to them,” says Johan Snell, a 37-year-old South African who traveled to Costa Rica with his family.

Those who don’t take the tour usually stop at nearby bridges to appreciate how crocodiles sometimes come out in groups to sunbathe, resting on the mud on the banks. After a while they sink and get lost, covered with current.