“Oumuamua teaches us not to send bodies into space, only minds.” 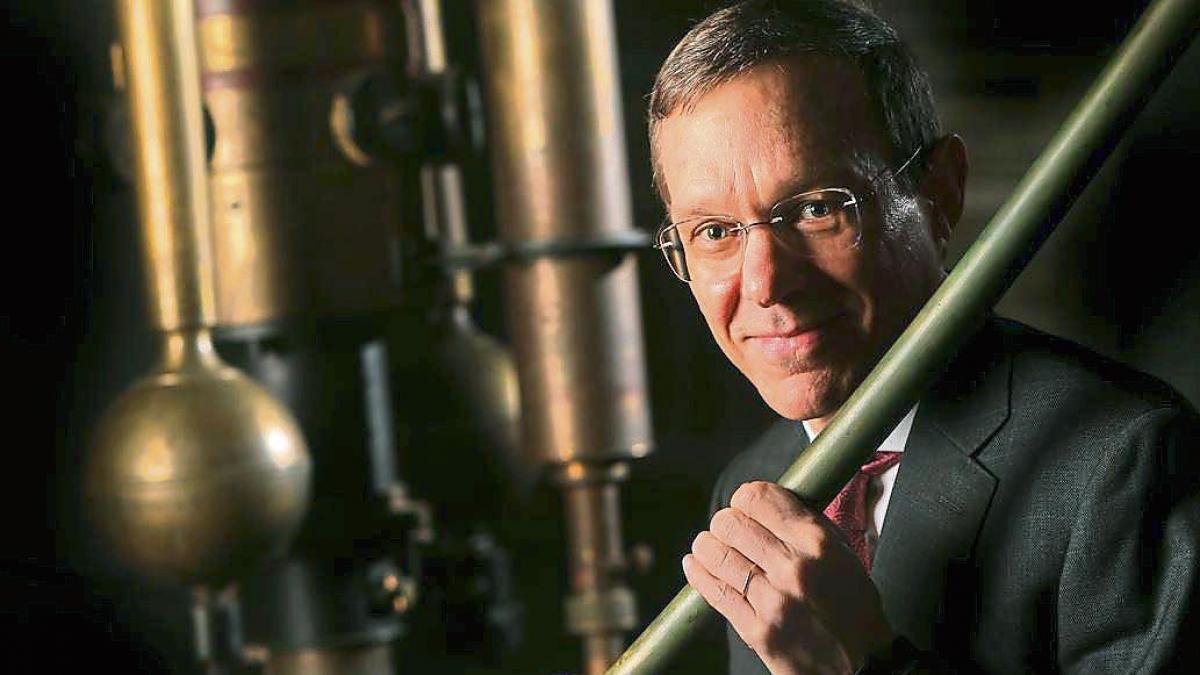 Loeb complains about the position of the majority of the scientific community on his thesis that Oumuamua is an extraterrestrial technology. He recalls how a fellow astrophysicist at Harvard admitted “I wish ‘Oumuamua didn’t exist: it’s so weird!” Then he asks me “What would you do? I would say to myself ‘This thing is very strange: let’s find more information about it.’ These days he frequents billionaires asking for money for Project Galileo to send artificial intelligence telescopes in rockets that allow us to see what we think is infinity Him and beyond, but criticizes Jeff Bezos and Branson’s space careers: “They set the tone for spending a fortune to raise his body by 1% of Earth’s radius, when the future of exploration is to send our intelligence — in artificial form — and not our bodies into space.”

Do you get more or less support for your hypothesis that Oumuamua is an extraterrestrial technology?

Let’s see: You will remember that on October 19, 2017, the first object that came to us from outside our solar system was discovered by a telescope in Hawaii. Call him Oumuamua.

How did you know it wasn’t another asteroid?

We were only able to monitor him for 11 days. Astronomers thought it was a comet that came from another star, but it didn’t have a comet’s gaseous tail, and instead had an unusual oblate disk shape.

Couldn’t it be a very strange asteroid?

It did not look like it and did not act as such, because, moreover, it deviated from the path that can be explained by the attraction of the Sun. However, most scientists still prefer to believe that he was guilty, even if it is unusual.

See also  Elizabeth Lilly Aguirre: 'We want to create space outside the crack'

And what do you think today?

The available data allow us to assume that Oumuamua is an extraterrestrial technology, even if it is waste.

What if it was Earth debris in space?

No, because on September 17, 2020, when I had already published my book Outside of earth The same telescope detected another object, 2020SO, which was also artificial, but its trajectory came from Earth.

A piece of fuel launched from Earth in 1966 on a mission to the Moon. It shows that we can differentiate between a rock and an artificial object and that ‘Oumuamua could be part of an extraterrestrial artifact.

What have you learned from Oumuamua during these four years of research?

that the extraterrestrial radio signals we’ve been searching for for 70 years always require an attentive interlocutor; For this reason, in addition, we must look for archaeological remains of navigation from other civilizations.

But we must not send our bodies, our intelligence is enough.

How do you send it to space?

We have evolved to adapt to Earth and will not survive space travel for years, decades, centuries and millennia, which is required for space exploration. But we can send our brains.

Oumuamua teaches us that space will be explored by minds and their traces, not bodies. We can teach AI systems and delegate exploration to them.

Isn’t that what we actually did on Mars?

Those artifacts we’re sending into space right now are pretty dumb. Perseverance is a robot run by engineers from the ground. I’m talking about autonomous artificial intelligence that can learn by itself in space.

Teach him to explore other galaxies while we teach kids to ride a bike.

What kind of intelligence do we send?

First of all – it’s my Galileo project – launching telescopes that will examine the limits of space as far as we can now reach from Earth. I’m talking about autonomous systems capable of self-repairing using 3D printers, for example.

To see what is not yet visible?

Galileo proved that the earth revolves around the sun because he saw it.

It would have cost him his life if he did not back down.

But the Earth was moving and today Oumuamua explains that the philosophies of space exploration are not worth it, you have to go and see and show. There are millions of galaxies like our own: why should we be special in them?

Yes, but if there are many, where are they?

This is the Fermi paradox, but it’s tempting to sit in your garden waiting for the neighbors to come and greet you. You should go find them and visit them and not stay at home and say they don’t exist.

Why are so many scholars reluctant to accept the intelligent origin of ‘Oumuamua?

Because we always think we are the center of the universe. Sodom, for example, was destroyed by a meteorite whose remains are now found, but then we prefer to believe that it was our sins that destroyed it. Thus, for centuries, we have felt the center and the champions in everything. Enough people, let’s accept that we are just a small part of the universe.

All astrology thought we were.

He founded religions of astronomical priests who studied the stars believing that they moved to condemn us or save us: to lose or win wars. For this reason, scientists today find it difficult to accept the fact that they are not the only ones calculating.

What do you suggest?

I founded Project Galileo a month and a half ago. I invite readers vanguard . In addition to helping us Harvard University, I raised $2 million at my garden dinner in July. I want to add support so that space exploration and our search for other intelligences is also smart.