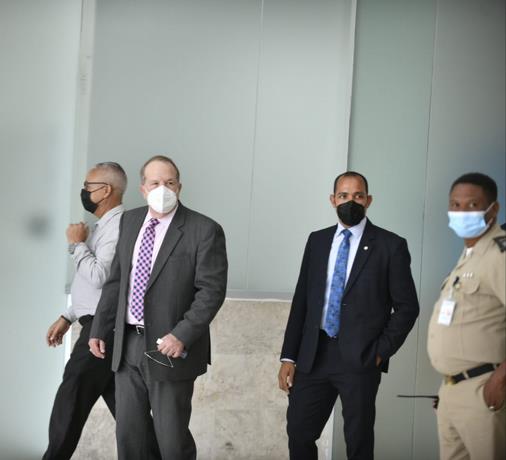 The Special Instructions Judge of the Supreme Court of Justice, Margarita Garabito, must act on her own from the date of the file containing the investigation that the Public Prosecution conducted against the outgoing members in the Accounts Chamber.

This is due to the fact that the members of the outgoing Coordination Committee, Hugo Alvarez, Carlos, Noice Tejada Diaz, Margarita Milenciano Corporan, Felix Alvarez Rivera and Pedro Antonio Ortiz Hernandez have lost their distinguished jurisdiction, since the Senate of the Republic appointed new occupants. In that supervisory body of the state.

The investigating judge came at the time of her arrest to issue a search warrant to the Accounts Chamber headquarters, as well as order that the interrogations be handed over to the lawyers.

What is going on now is that after the judge herself has acted, refer the file to the coordinating judge for the National District Investigation Courts, Kenya Romera, so that she can empower the investigative judge responsible for the continuation of this case.

Regarding the case, Pepca’s president, Wilson Camacho, refused to hand over the interrogations to the technical defense of members of the Accounts Chamber, who had appealed to the Constitutional Court.

New members in the accounts room