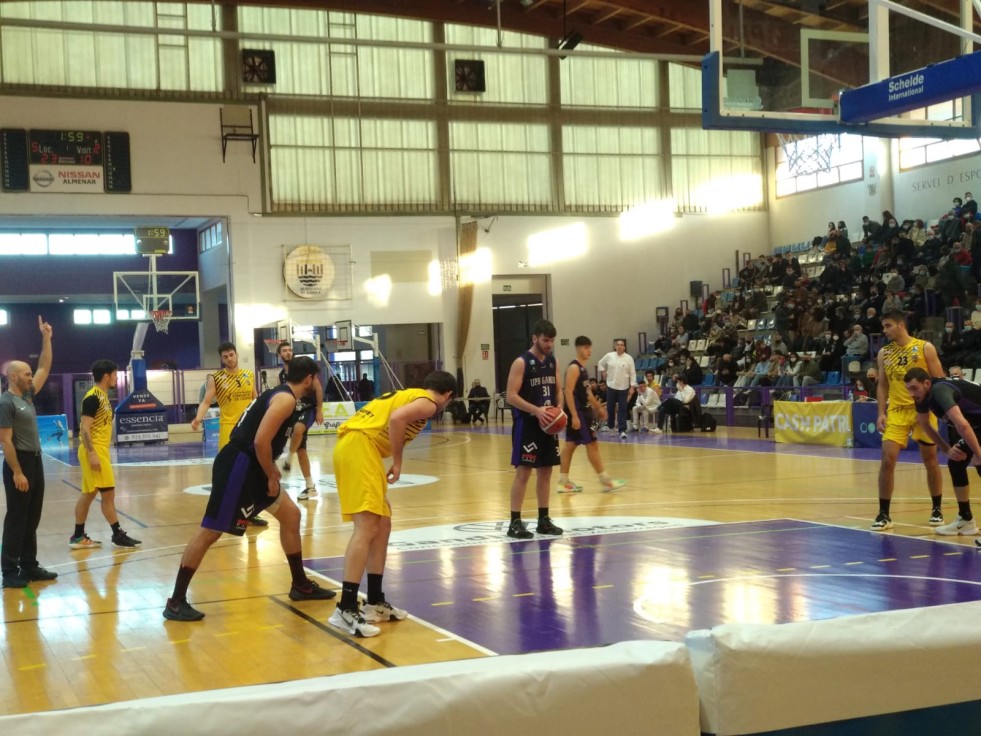 pel Bàsquet Gandia units add their ninth win in ten matches and do so against an undefeated Paterna (75-57) in their previous three duels. By: Evan Escolano

The match started well for Paterna, but Alejandro Vera did not let his team off the hook. This equality was broken in the first minutes by the appearance of Juan Hernandez. How do you like these games? Unfortunately for the base, mistakes made did not allow him to play for several minutes. As he left for the seat, the first warm applause of the night was heard in the suite.

One of the beneficiaries of all of this was Javi Soler, who took on the responsibility of facing off to become the best on his team. The former player from Valencia Basketball or CD Maristas has regained his smile and confidence in basketball, good news for Alejandro Mesa. The first half was great, and five minutes before the end of the first half, the team from the capital, La Savour, already got forty points.

In the third and final quarter, locals went through phases in which it was difficult for them to register. However, a good collective role in defense prevented Paterna from getting close. And if not, let them tell Serdan, who ended up mutilated and expelled. But he was not the only one who left Gandia like this. His team could not get more than 57 points, Jairis had 53 points and Llíria 56. Ucam reached 64. He could be more or less successful in front of the ring, but leaving competitors with such numbers, these players can do everything in front of their fans.