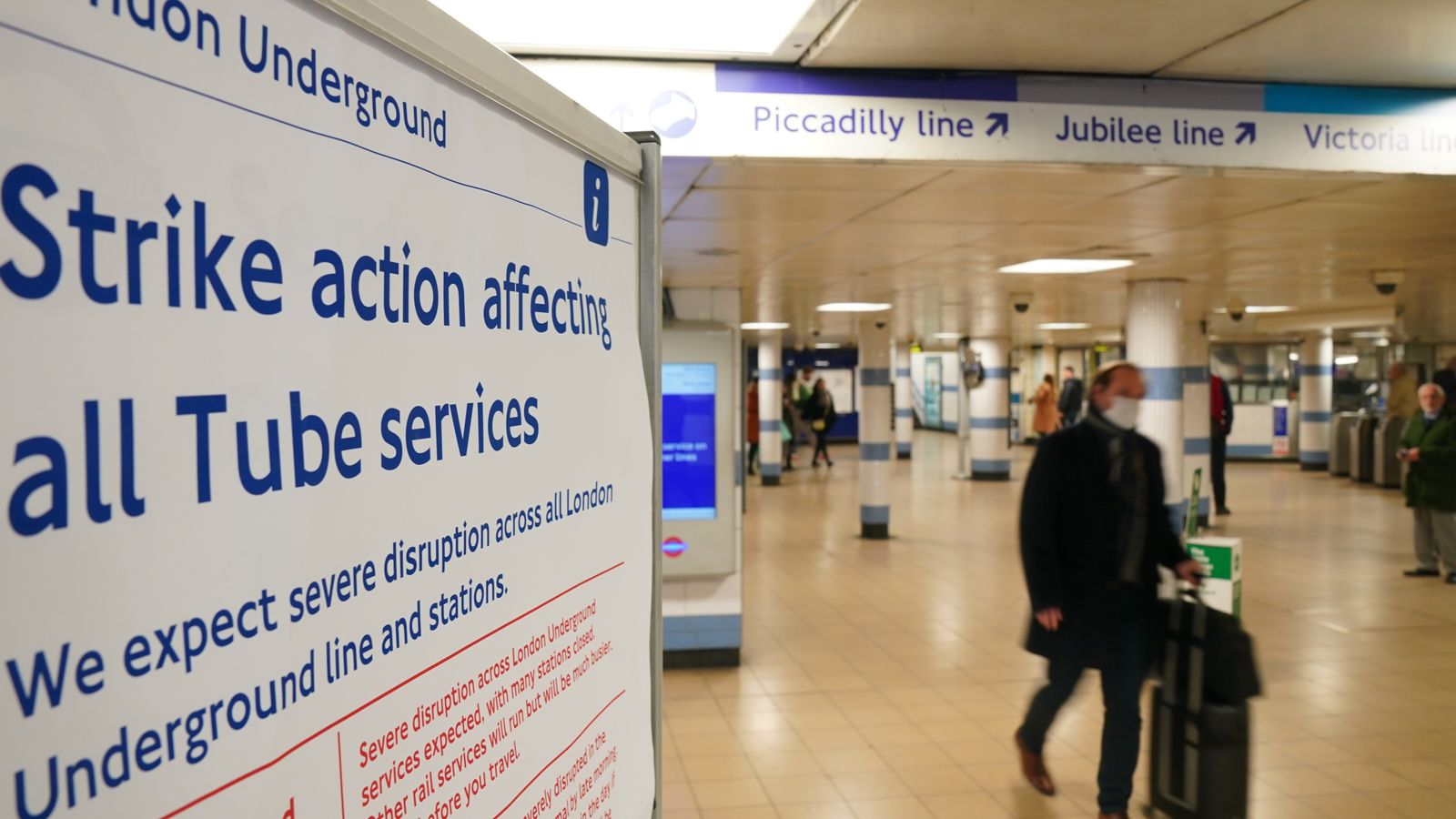 A strike was announced on the London Underground during the Queen’s Platinum Jubilee holiday, with staff leaving two main stations.

tube Employees at the RMT (National Union of Rail, Marine and Transportation Workers) voted to quit Euston and Green Park stations on Friday, June 3, amid allegations of a toxic work environment created by a “bullying manager”.

The strikes will continue throughout the day and affect Victoria Line, Jubilee and Piccadilly line services at both stations.

The two stops will be essential for those attending the festivities near Buckingham Palace, as the capital is expecting a massive influx of tourists as Her Majesty celebrates 70 years on the throne.

The union said the dispute could be resolved if TfL took action against the manager.

The union said RMT members at both stations experienced years of intimidation, bullying and the unjustified dismissal of their colleagues by a manager who created a toxic atmosphere in the workplace.

Mick Lynch, general secretary of RMT, said: “Employees at Euston and Green Park Tube have experienced years of constant bullying and intimidation by a manager creating a toxic work environment.

“The union has tried in vain to reason with management, but now will not allow local representatives to be part of the review of dismissals at the stations, at the instigation of the director in question.

“Our strike on June 3 will cause significant disruption to people wishing to celebrate the Queen’s Jubilee. However, if the Tube chiefs do the right thing, and deal appropriately with the director involved, we can find a just solution to this dispute.”

Read more about the Platinum Jubilee:
The Queen’s Jubilee Finale Worth £15 Million
Andrew, Harry and Meghan will not be joining the family on the mansion balcony

A Transport for London spokesperson said: “We hold our staff to the highest standards and ensure everyone is treated fairly.

“We are aware of this dispute and are conducting an urgent review in an effort to resolve it.

“We have had a number of meetings with RMT and urge them not to take strike action and to continue working with us to find a solution.”