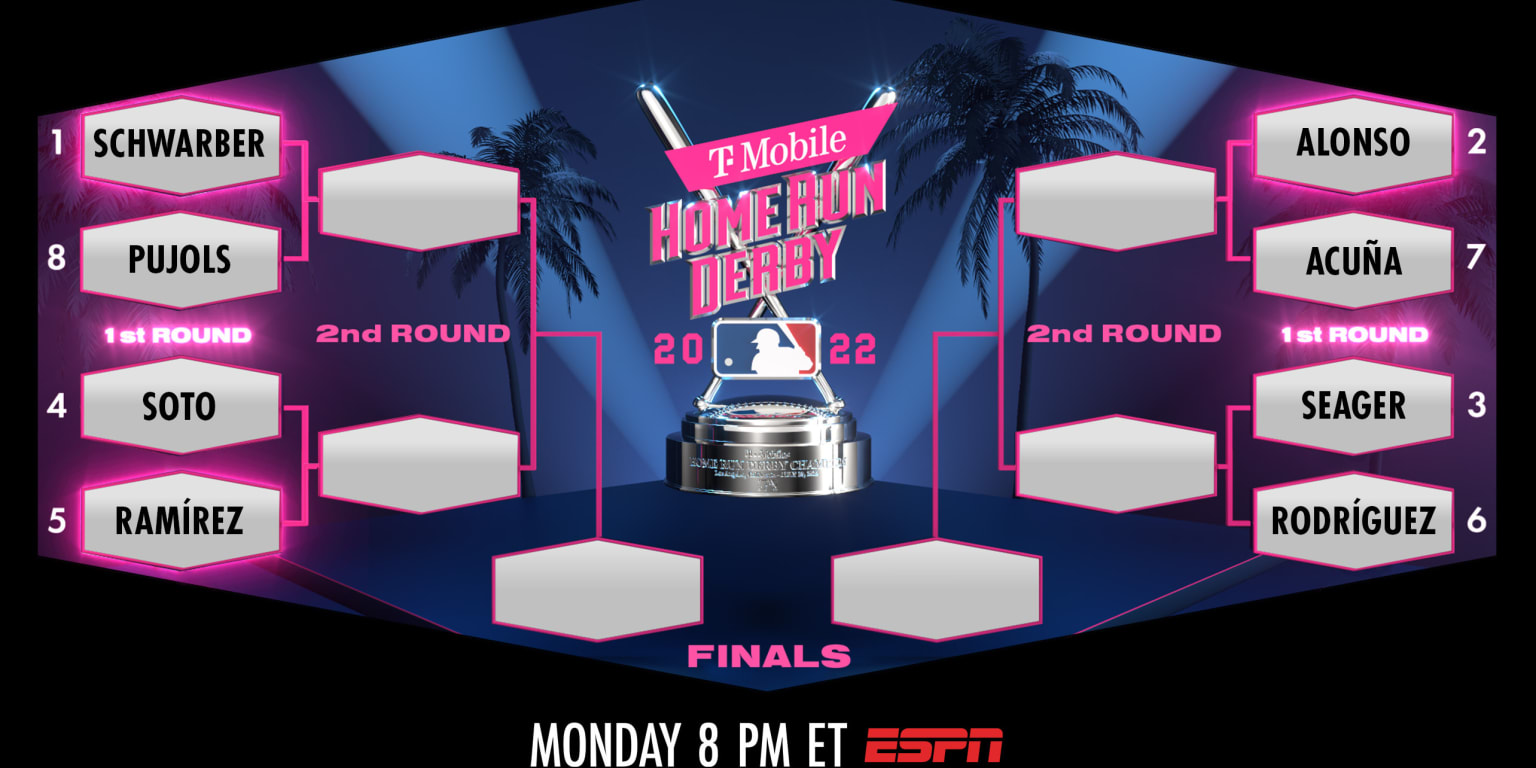 T-Mobile Home Run Derby Tonight! The landscape will see a mix of youth, experience, power and talent. I didn’t watch the bell!

Every contestant has a real chance to take the crown. Otherwise they wouldn’t be here. But, being a professional handicapper, I can’t leave myself at this point. So, the rankings of sluggers participating in the 2022 Home Run Derby will air on ESPN at 8pm ET.

Of course, we have to start with the defending champions.

Was Pete Alonso tailor-made for the Home Run Derby? Mets fans may disagree, but from a distance, Alonso has what it takes: awesome power, attitude, consistency and a clear understanding of the moment. He has won the last two games and has hit the most home runs in Derby history. Additionally, he is looking to match Ken Griffey as the only person with three crowns and become the first to win three consecutive festivals.

Schwarber reached the finals of the 2018 edition and lost by one home run to his current teammate, Bryce Harper. But as good as that version of Schwarber was, it’s even better now. He’s coming in at Ruth’s level in a June, and while he’s not a balanced hitter, he’s perfected his power swing. It doesn’t seem to expend much energy, it shows a natural power.

Soto has a lot of power, sure, but even if it doesn’t benefit him in the home run derby, there shouldn’t be another player with a better pitching selection than Soto. Last year, Soto said he believed participating in the festival reshaped his swing and helped him make an impressive second half of the season. The Dominican’s swing is natural, and he was the one who knocked Ohtani out last year. So keep your doubts aside.

Venezuela has already competed in the derby once before, reaching the semi-finals during the 2019 edition, losing to Alonso. His power is one of his best attributes, of course, but not the only one; They might give him some extra points for being able to run the bases so fast. Right now his slugging percentage is the lowest of his career, and he may still not be 100% recovered from his knee injury. Aguna is an electrifying talent, but I’m not sure he’ll be the best choice this time around.

First things first: It’s amazing that the Dominican is a part of this and that he’s going to be in the All-Star Game. If things continue like this, he will lead the Mariners to the postseason. Like Aguna, he is fresh, fast and his power is unrelenting. But this is his first derby, his first season, his first everything. Against competitors of this caliber, it’s too much to wait for him to arrive and win at the same time. Are you sure?

Ramirez is coming off another MVP-level campaign, and once again few are paying attention to him, which happens basically every year. Ramirez has said no to the Derby in the past, but this could be the big event where he lets the rest of the baseball world know just how good he is. By the way, the switch is 150 points higher on the left than on the right.

Seager was the last invitee to the Derby, making his second appearance in his career (he was also a rookie in 2016). He was the No. 8 seed then, facing No. 1 seed Mark Trumbo, and you can tell how much time has passed when you remember that Trumbo’s presence in the Derby was one of the things that fans were most excited about. Seager got off to a slow start this year, but no one seems to remember that now: He already has 21 home runs, and he’s enjoying himself.

It’s exciting, isn’t it? It’s nice to have the Dominican back in the derby for the first time since 2015, especially in his retirement year. And he has been hitting the ball really hard for the past few days. Anyway, it’s three rounds and even if he starts well, the man is already 42 years old and the fatigue will surely tell.