Reasons why vescovy and opal are not in the list 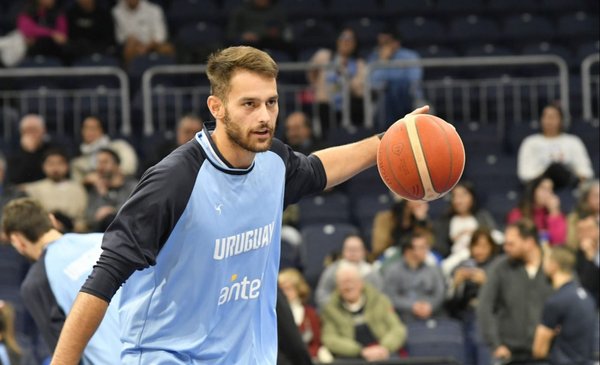 Uruguay national basketball coach Ruben Magnano announced, on Wednesday, the list of 12 players What will you face this month? A decisive window for the Japan, Philippines and Indonesia 2023 World Cup qualifiers.

Regarding the team that played the America’s Cup in Recife, in which Uruguay lost against Colombia, Canada and Brazil in the group, They are not Luciano Parodi, who was torn, Diego Pena Garcia by technical decision or Agustin Opal, Who defends this season for Bilbao Basket in the Spanish League Endesa.

As far as can say RuleOpal was disqualified because of Suffered from mononucleosis And while he’s already competing, he’s not in his best physical shape yet.

Agustin Opal is not in his best physical condition

Uruguay’s other loss is a loss Santiago Vescovia player for the University of Tennessee who You have obligations to your team. In the basketball playoff windows, the Euroleague, League and NBA teams are not obligated to loan their players to the national teams.

Those who have returned from European basketball are Jason Granger and Bruno Fittipaldoand from the local environment Theo Metzger de Aguada instead of Pena Garcia, who is currently in Peñarol. Uruguay will face Mexico in Chihuahua on Saturday at 12:30 am and Puerto Rico in San Juan on Monday the 14th at 9:10 pm.

This is the group from Uruguay. The first three qualify directly for the World Cup.

This is the other eligible group. The top four places qualify for the World Cup. At the moment, Uruguay is in fourth place, as well as the Dominican Republic.

These are the four matches Uruguay has left. If he wins three times, he will almost certainly qualify for the World Cup, for the first time since Spain 1986.

The local media players will start training on Thursday with Ceres and Rodriguez, who will arrive from Argentina.

On Sunday evening they will leave for Mexico where Granger, Iglesias and Fittipaldo will join from Europe. On Tuesday the team completes the game on the Saturday of the following week.