Refugiados, a basketball team that triumphs in Mexico and dreams of the United States 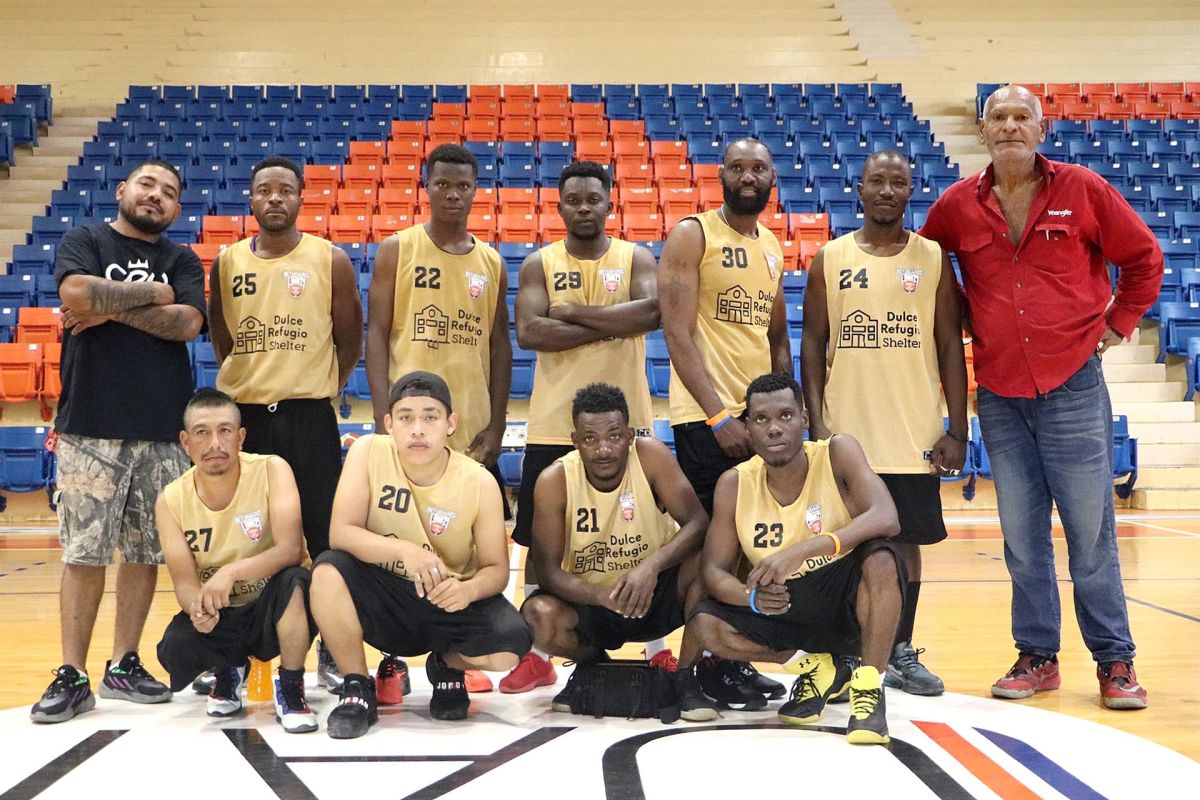 While waiting for the right moment to be able to Transit to the United Statesa group of Haitians Cannes these days in the Mexican border town Matamoros As part of a basketball group that revolutionized the court.

“The basketball team helped them a lot to raise their self-esteem, to entertain themselves. So they know they can do something,” this Monday to EFE, the director of the shelter, Samuel Isaí Reyna Ruiz, a place that currently houses about 200 people.

He had the idea of ​​putting two baskets in the courtyard of the inn and Organizing parties inside the shelteras part of the sports and cultural activities implemented by this support space for migrants arriving in the northeastern state of Tamaulipas, on the northern border of Mexico.

What started almost as a joke is now an inspiring reality Haitian and Mexican immigrants tooas well as him Venezuelan coachto put effort on the court and maintain a good rhythm gave them four wins and only one loss in the tournament.

Immigrants trust their talent, when it comes to a dream and turn it into reality, they persevere: they try to train on the improvised playground in the shelter, sometimes they go to public sports units to play sports.

The team dreams of becoming the champion of the independent league that is played in Matamoros.

The refugee team that surprised everyone

The frontiersmen, who used to play with people from different parts of Mexico, were surprised to see players from Haiti enter the field and compete using the language barrier and physical appearance, such as their height, to their advantage.

“Suddenly people from other countries came (to the league) and were kind of surprised (the other players). But when they started seeing them play, they gained respect, and today they play comfortably.‘,” recalls Rena Ruiz.

The outfit they wear, donated by influencers, explains their presence in the region.

It’s a yellow shirt with the logo “Refugees” and in the middle you can see a migrant walking with his backpack across the desert with some hawks (eagles) in front of him.

A picture surrounded by the flags of different countries and the phrase “migrants with a situation”.

During the game, the migrants forget about their difficult situation and play and run without complexes, as they probably had to run to reach these limits. Thus escaping from reality.

One of them is Linus Dorfilina Haitian imposition with a height of 1.96 meters He got the nickname LeBron JamesIn honor of the American basketball star.

Linus arrived at Matamoros two months ago and joined the team soon after: “I feel happy, I have a coach who trained me well. Everyone calls me LeBron James‘ expresses the player.

Refugee team It also has among its ranks the most distinguished player so far in the league.
This is Caribe Junior Elbenord, who previously coached the same sport in Haiti, and who today holds the highest number of points accumulated in matches.

At the end of each game they return to the truck that transports them. Not without shaking hands with opponents and thanking them for respect and coexistence during the confrontation

The shelter manager and the players know it The refugee team has a future Because although some have been able to cross into the United States to continue pursuing their dreams, another foreigner can always be added who arrives in Matamoros and has the desire to jump into the field.

The region is seeing a record influx into the USwhich Customs and Border Protection (CBP) detected more than 1.7 million illegal immigrants at the border with Mexico in fiscal year 2021, which ended on September 30.

Mexico deported more than 114,000 foreigners in 2021, according to data from the country’s Ministry of the Interior.

Mexican authorities intercepted 73,034 aliens who had resided irregularly in the national territory between January 1 and March 8 this year, the National Institute for Migration (INM) recently reported.