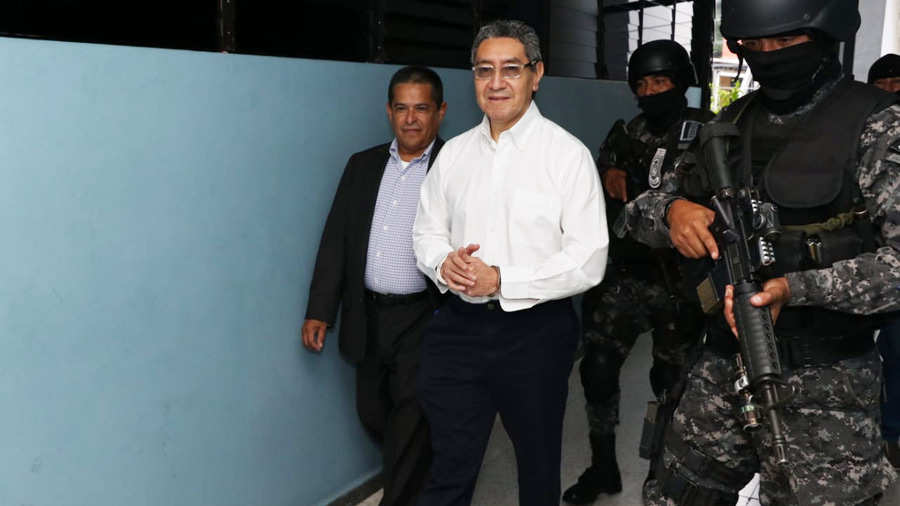 Figueroa is accused of laundering $ 3.7 million of public funds in the presidential administration of the convicted Elias Antonio Saca.

The judge accepted the opinion in its entirety and all civil and criminal evidence presented by the prosecution and approved the precautionary measures for the accused. The public prosecutor of the Anti-Impunity Group of the Office of the Prosecutor General on the decision said that Figueroa will continue with house arrest and alternative measures to the temporary detention of his wife.

The precautionary measures of a hereditary nature possessed by the defendants, such as freezing financial products and precautionary annotations for properties registered with the National Registry (CNR), have also been approved.

“We have submitted a strong case proving the crime and the participation of the accused,” one of the prosecutors said at the conclusion of an intervention in the preliminary hearing against the former official in the Saka administration and his wife, which took place last week.

He also mentioned the presence of a large amount of cash in bank accounts, and the use of two companies to buy real estate, installment deposit contracts, and advance loan payments, among other activities it had undertaken.

The defendants bought six properties to sell later. For this they made loans that were supposed to be repaid in 25 years, but which they paid in advance, in these cases, in three years. 12 witnesses testified against Figueroa and his wife.

According to the public prosecutor’s office, a financial estimate reveals that the legal income of the former minister and his wife, and those reporting to the Ministry of Finance, “do not agree with what I dealt with.”

The Prosecutor’s Office confiscated three properties in Figueroa, valued at over $ 645,000, and were allegedly acquired illegally.

Figueroa was Minister of Justice and Public Security in the presidential mandate of Elias Antonio Saca, and today he is in prison due to corruption in his administration. Photo from OTP FGR_SV