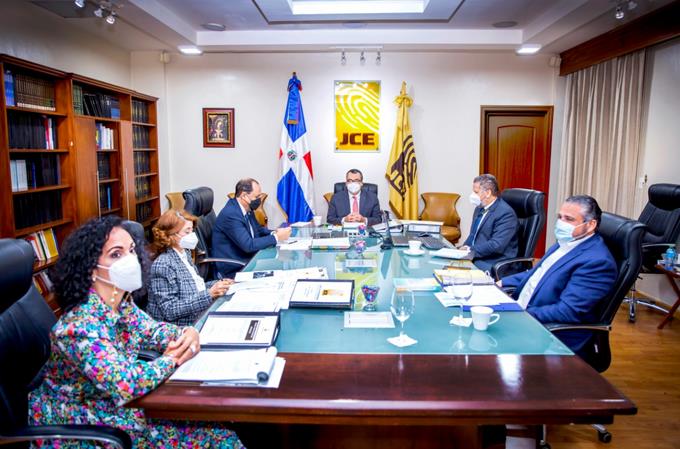 The plenary session of the Central Electoral Council (JCE) maintains the ranking given to political parties in the ballot papers unchanged, according to the number of voters who received each in the previous presidential and legislative elections, as well as the distribution of resources.

The organizations claimed that administrative procedures were violatedAs well as the principle of preference for granting the system to the parties.

Regulation 01-2021 has been ratified in “all its parts”, which states that only the PRM and PLD are the majority parties, leaving the popular force as a minority party after reaching 4.54.

The JCE also declared inadmissible the appeal submitted regarding the distribution of the state’s economic contribution to political parties, groups and movements, as well as the re-arrangement of ballot papers for the regular general elections of 2024.

According to Resolution 03-2021 issued tonight, the Parties for the Modern Revolution (PRM) and the Liberation of Dominicans (PLD) have been certified as only the majority parties.

While the popular force remained a minority party at 4.54%, in conjunction with the two electoral levels contested in the last elections on July 5, the Congress and the Presidential.

According to this criterion, the PRM was left with 44.95%, and the PLD 32.30%, considering the JCE of these two parties as the only majority.

Regarding resource allocation, Resolution 02-2021 indicates that it will also remain unchanged, taking into account the order of ballots achieved by each organization.

In this sense, Law No. 33-2018 on political parties, groups and movements provides for the redistribution of 80% of the resources allocated by the executive authority between political parties in equal parts between these two organizations.

Only those who exceed 5% of the vote will receive it. According to this decision, Fuerza del Pueblo (FP), led by Lionel Fernandez, has only reached 4.54%, which together with the PRD, the PRSC, Alianza País and Dominicanos por el Cambio will receive equal shares of 12% of the appropriation. Resources, and stay as a minority party. The remaining eight percent will be distributed to the 19 parties registered in the JCE which amounted to less than 1%.