Roger Reyes, UNAB, has become the 34th political prisoner in the last 85 days 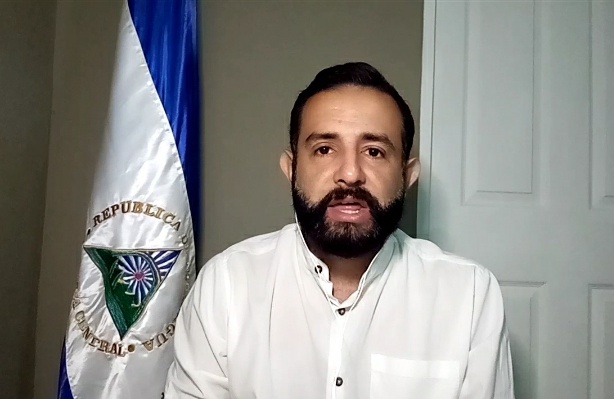 Ortega police arrested lawyer and political council member of the National Unity Party of Blue and White (UNAB), Roger Reyes, on Friday night, August 20. This was confirmed by the press head of that organization, Jose Garay.

The well-known opponent of Jinotepe (the capital of the province of Carazo) was kidnapped at 8:30 at night at the Boma gas station, on a suburban track, in Managua, around the same time that the Ortega police reported the rescue of a stolen girl in Matagalpa province.

“Roge Reyes, in addition to being a member of the Political Council of National Unity, acted as a lawyer for Felix Maradiaga, who was also kidnapped. So far we do not have any report on his whereabouts, nor do we know where he is. Like other arrests, no information has been provided,” Garay explained. .

Reyes became the 34th political prisoner in the last 85 days. However, the police have not yet reported his arrest.

Reyes accompanied the UNAB presidential candidate, Felix Maradiaga, on June 8, the day he was summoned by the Public Prosecution Office for an interview, who was later arrested by the National Police.

“After June 8, when he accompanied Felix Maradiaga to the Prosecutor’s Office, Reyes did not return home for obvious reasons, he remained in a safe house in Managua and was not surrounded, however, his home in Carazo was always present,” said the chief press officer.

Garay confirmed that the national unit is implementing the necessary mechanism to appoint a lawyer for Reyes to make the necessary inquiries about his whereabouts.

He also said: “We are already in contact with his family, and they are very concerned, however, he has already prepared them about his possible arrest, knowing that there is constant persecution of the leaders of the national unity, as well as other opposition organizations. “, The meeting.

He stressed that this measure is another example of the persecution practiced by the current administration against opponents, in the face of the elections scheduled for next November.

You may be interested in: Ortega police steal cell phone of freelance journalist William Aragon

He concluded that “elections, as the unit itself said, are illegitimate and should be unknown by both the national and international community, knowing full well that the regime has prepared all this electoral circus to bind itself to power.”