Rondon wonders that they are accusing him of bribery and that there is no talk of presidents, former lawmakers, senators and the Treasury Department. 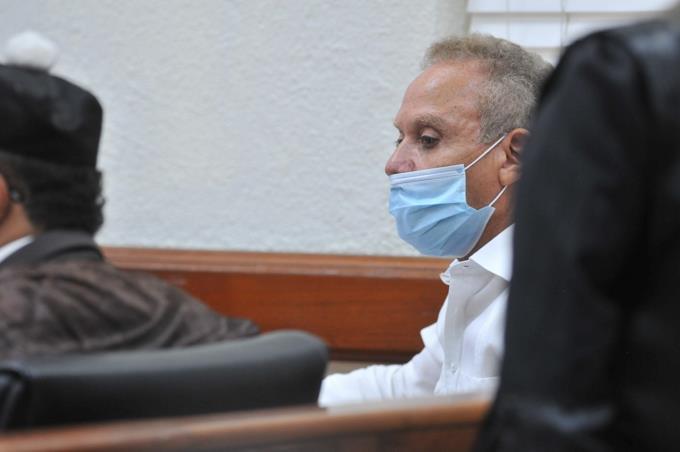 Angel Rondon, the lead defendant in the Odebrecht bribery case, again questioned the accusation brought against him by the prosecutor’s office.

Rondon questioned his accusation of bribing officials and lawmakers to obtain contracts in favor of Odebrecht, however officials of those entities involved in the loans have not been prosecuted.

Rondon noted that the Public Prosecution Office says he has bribed lawmakers from the Senate and the House of Representatives. We saw how they made the list, there are only two senators. As if it were enough to approve a loan from the Finance Committee, but here there is nothing from the House of Representatives. Rondon said: “None of the previous presidents (of the Republic), or Taurus, or Vacca.”

“There is no mandated legal advisor to the executive here, let alone a more senior person in charge. Since these loans were not contracted out by the Senate, they were contracted by the current head of state, and here it is not even mentioned the presidents who requested loans,” he said. Not only from Odebrecht.

Angel Rondon said that in this case he did not see an accused member of the bidding committees of the institutions that managed the projects. He said, “They also said that in order to grant loans to the Dominican state, it has interfered with illegal procedures to obtain approval from organizations that have a relationship with this, and it is called by the Treasury.”

“When the Treasury contracts a loan, it goes through a general credit procedure, but there was no designated general credit manager here either. Not the finance ministry, but from where the contract for these loans originated.”

The defendant requested to speak while the court secretaries read the documentary evidence provided by the Public Prosecution Office.

Rondon said, “I declare myself innocent before you because there is no evidence that they can convict me of bribery.”

The defendant requested to speak while the secretariat was reading the documentary evidence provided by the Public Prosecution Office.

He said that although one did not want to participate, to refer to the comprehensive readings that had taken place, “I must participate.”