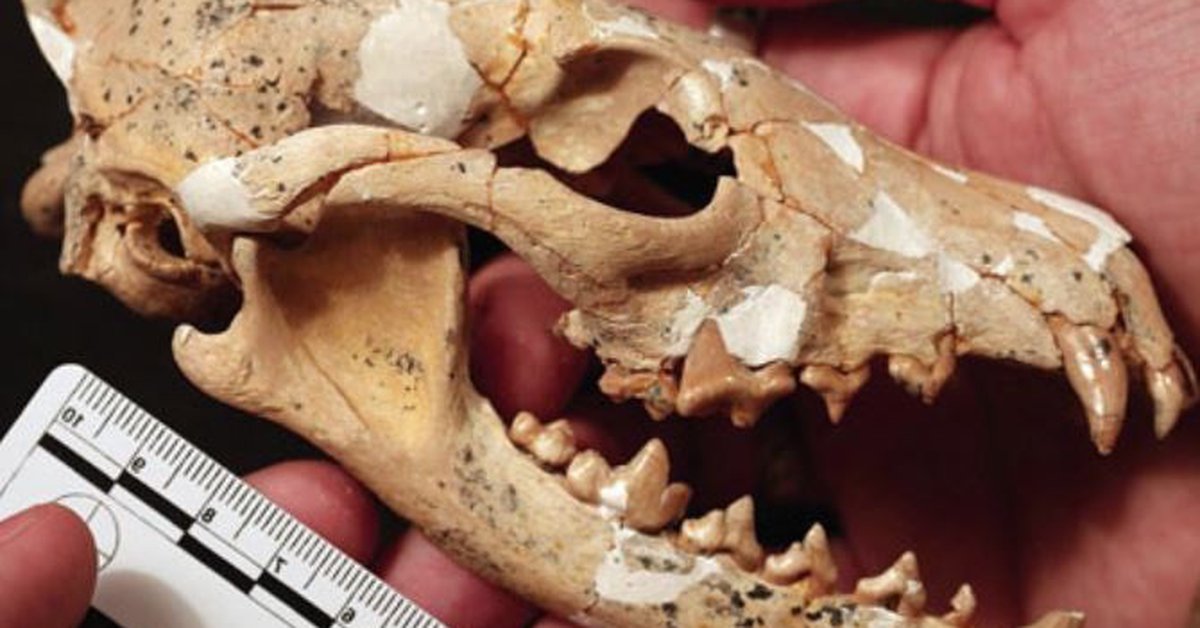 An international team described a new species of jackal, which they called “Eucyon khoikhoi,” which lived 5 million years ago.

This new species, coming from the Langebaanweg (South Africa) site, reveals that the African jackal ancestry is present on this continent and that the “Eucyon khoikhoi” weighed about 9 kg and was directly related to the current scheme jackal.

The Canidae family is a very symbolic group of carnivorous mammals that includes dogs, wolves, jackals, and foxes today. It arose more than 35 million years ago in North America and did not migrate to the rest of the planet until 7.5 million years ago.

“The Iberian Peninsula plays an essential role in understanding the evolution of medium and large dog species outside of North America. In fact, the first dog found outside that continent was the“ Canis cipio, ”which is 7.5 million years old in the CONCODE and Siro de la Garita sediments in Teruel Later, “Eucyon debonisi,” which is 6.22 million years old, appeared in the Venta del Moro deposit, in Valencia, and “Eucyon intrepidus”, in Kenya and Ethiopia, “explains Jorge Morales, a MNCN researcher.

However, fossils of these early species outside North America are very rare, and prior to this new research, it was not known what the kinship relationships were with their living relatives.

Jackals are medium-sized canidae, intermediate in shape and size between the current fox and the Australian dingo. It is characterized by the presence of a sharp nose. Currently, there are four species that live in Africa: the striped jackal (‘Schaeffia adusta’), the black-backed jackal (‘Lupulella mesomelas’), the African golden wolf (‘Canis lupaster’) and the Ethiopian wolf (‘Canis simensis’).

However, very little is known about its evolutionary origin. With “Eucyon khoikhoi” we recorded a critical moment in dog evolution 5 million years ago, just when they began to diversify outside North America. In this work we show for the first time that the African species of Eucyon are directly related to the current planned jackal, unlike the European ones Asian and North American, which have a different evolutionary history. “

This was highlighted in a statement made by Alberto Valenciano, a researcher at the University Institute for Environmental Science Research of Aragon (IUCA) at UZ, who has also worked at the Iziko Museum and the University of Cape Town.

Fossils of ‘Eucyon khoikhoi’, named after the Khoikhoi, the early settlers of the west coast of South Africa, contain an excellent almost complete skull, numerous jaws, milk teeth, parts of the neck and front and hind limbs, and they represent the most complete fossil specimen of dogs that They are between 7 and 2.58 million years old and have been found in Africa until now.

The Langebaanweg provided fossils on the west coast of South Africa and still provides one of the richest and most diverse associations of terrestrial and aquatic vertebrates in the world for this time period. Over 250 species, including otters, saber-toothed tigers, bears, hyenas, giraffes, elephants, rhinos, parrots, ostriches or penguins, as well as sharks and marine mammals, making it one of the most important sites in Africa.

See also  Lambayeque: Deficiencies in the operation of the Naylamp Mental Health Center are alerted | Community