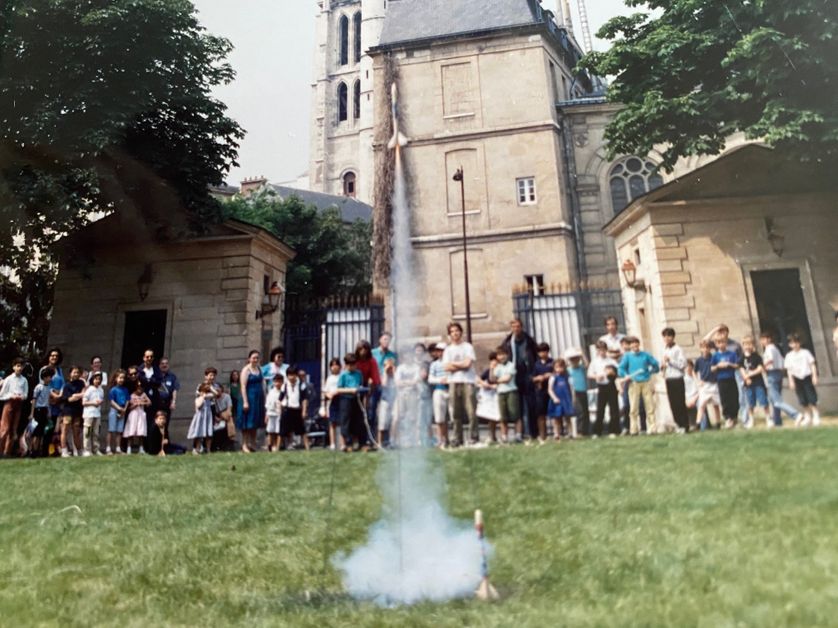 30th Science Festival It continues until October 11 in mainland France and from November 5 to 22 abroad and internationally. The event was created in 1992 after the success of a local meeting organized in the gardens of the Ministry of Research, in Paris, in June 1991. The Science Festival now gathers 1.2 million participants and 10 million Internet users. 2019, last version before Covid).

Go back to the origins of the event with Marie-Noel Favier, former documentary filmmaker with Commander Cousteau and Head of the Department of Scientific and Technical Culture (CST) at the Ministry of Research (1984-1998). In 1991 he co-launched what has since become the Science Festival.

How did the fête de la science originate?

Science Festival was not created by nihilo. The idea was to highlight at a certain time of the year all the activities and actions that are carried out in the national territory. There was the political will of the enlightened minister, Hubert Kurian, who wanted to bring science closer to the citizens, especially the youth.

We were inspired by Quebec City, organizing the Société de Promotion des sciences “Quinzaine des sciences”. Fête de la science was born in 1992, but the previous year we celebrated the 10th anniversary of the Ministry of Research in Gardens, rue Descartes. And this time, we’ve created a science village open to the general public, with scientific manipulations, rocket launches, and chemical experiments. A whole series of great conferences with supporters such as Hubert Reeves, Pierre-Gilles de Gennes, etc. This event was a great success! Minister Hubert Kurian, who was in charge at the time, felt that we should spread it more widely.

The success of Fête de la Musique, another popular gathering created shortly before [en 1982]It inspired us, too. This was part of a context in which we wanted to implement a regional policy for scientific and technical culture. Opening of La Cite des sciences [en 1986], Scientific and technical cultural centers were established in the regions: the idea was to devise a symbolic event to bring all this communication policy closer to the territory.

What did visitors find in the event that was organized in 1991?

This was the first event and there was much entertainment in these ministry gardens: the tents welcomed the audience who were wandering by the association partners and the scholars who came to demonstrate. The manipulators at the Palais de la Découverte set up small chemical experiments, and the Planet Science Society launched the rockets. We mobilized scholars and psychics, who have helped make this process fun and engaging for the general public.

Do you remember the anecdote about launching small rockets in the Ministry’s garden?

The Minister of Research at the time, Hubert Kurian, was the father of the Ariane rocket. He headed the National Center for Space Studies CNES and authorized the National Youth Association of Technical Sciences, which became known as Planete Sciences, to launch small rockets. But one of them did not follow the well planned path and fell on the roof of the ministry. The security men responded, wanting to avoid all these inappropriate moves, but the minister came to the balcony: “If I had to stop an Ariane missile launch with all the damage, we would never have done it, so let these guys try!”, He says. “Let’s try” : This is one of the greatest Fête de la science words, especially for children.

What audience was he addressing?

The aim of the Fête de la science was to reach the general public. The idea was to bypass those who already frequent museums, the Cité des sciences or the Palais de la Découverte. Several movements occurred at the same time: opening laboratories to transport people, even from regions, to unknown places. I often cite the example of CEA-Cesta (Centre for Scientific and Technical Studies in Aquitaine), near Bordeaux, which opened its doors for the first time. It is a place where highly sensitive research is carried out on the Megajoule laser, which allows experiments in physical models to simulate nuclear charges. It’s a “secret” place that was opened for the first time.

In addition, there was the idea of ​​educating young people. Minister Hubert Kurian was very interested in him: creating meetings between scholars, knowledgeable people and a young audience. Many things have happened: in schools, in schools, or through the creation of small specific experiences for this young audience.

At first, we started “small” by organizing the event for three days. The first event was in June, but this period was a bit crowded for academics and schoolchildren, the meeting was moved to October 1995. Then the event was extended to become Science Week in 1998, with the aim of reaching a wider audience that you have time to organize events during school hours. In 2000, the name “Fête de la science” came back and the term was extended for another ten days.

What do you think of this success?

We felt that there was a thirst for science, that there was a demand. This corresponds to a period of questioning about scientific progress, about what the philosopher Dominique Lecourt called “Hot Topics in Science”. Then it came to the applications of science in nuclear energy, genetics … controversial questions in which the public felt the need for answers and dialogue; Climate change and vaccines were already raising questions at the time. The hilarious way we presented, with Science Village, really hit the audience. Nearly 540,000 people participated from June 11-14, 1992, and today the number has stabilized at nearly 2 million.

What is the principle of the scientific village?

It is a very festive and unifying concept. The motto was to introduce it all over France, in public places: in places like Capitole in Toulouse or Bargemon in Marseille, at scientific universities such as BRGM (Bureau de recherche Geologique and Mining) in Orleans or Genopole in Evry, at universities too. There are symbolic places where these science-biased villages can be born, just like Christmas markets, where scientists and psychics can offer their own festive and playful experiences. I remember an event organized at the Place de la Comédie in Montpellier, where a huge rice field was set up to advertise this fragile ecosystem… There were many highlights that are still in our memory.

Was the goal also to awaken calls among young people?

Yes, and I met many people who told me that their calling was born in part in these moments of encounter and exchange. Lots of people tell us they’ve been told about this hilarious way to view science, especially among girls. It was one of the goals of the Fête de la science and Hubert Curien was very sensitive to it. I really wanted to awaken vocations among young people. However, we can sometimes wonder when we see today how receptive people are to misinformation. But that is not why we should give up. On the contrary, I would say that we must continue to make people discover where science is developing.