Science.-Perseverance gets its first rock sample on Mars 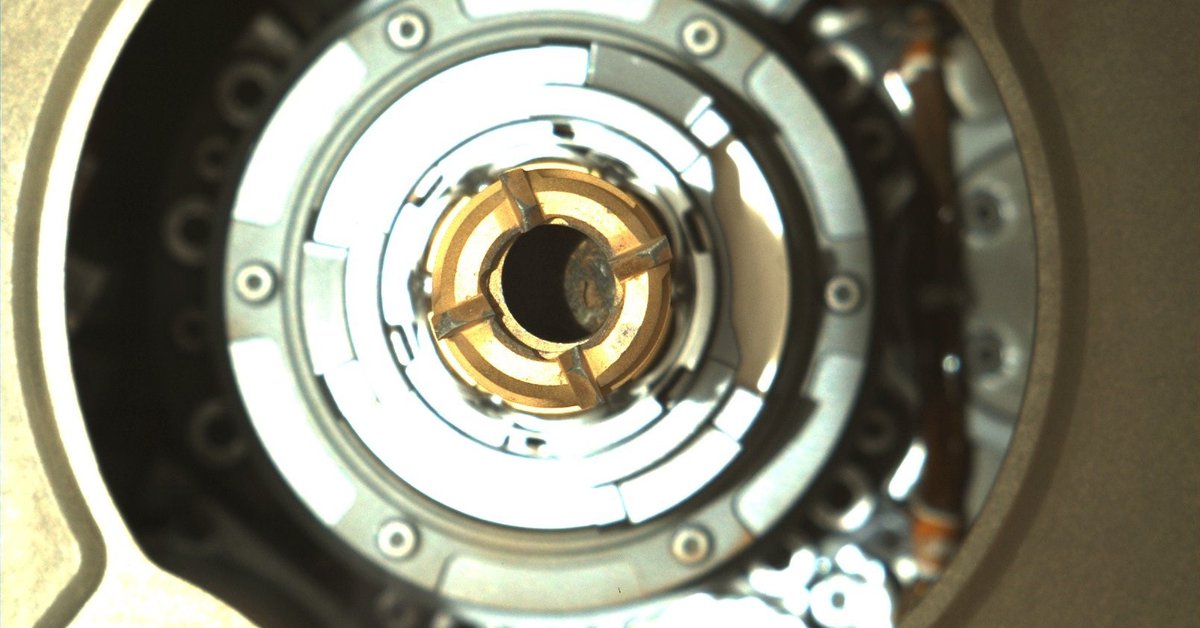 NASA’s rover has confirmed the first sample of a rocky core drilled in Jezero Crater on Mars. Her container will be sealed for a future mission to bring her to Earth.

The mission’s Twitter account confirmed on September 5 last: “Okay, with better lighting on the sample tube, you can see that the rocky core I collected is still there. I’ll then process that sample and seal the tube.”

Data on successful sample extraction was received on 1 September. In the raw images downloaded after the historical event, an intact sample found in the tube after extraction can be seen. However, additional images taken after obtaining a sample of the arm were inconclusive due to poor sunlight conditions. On August 5, the first sample collection experiment failed as nothing was left inside the container when the photographs were taken.

The Perseverance sampling and buffering system uses a rotary hammer drill and a socket at the end of its two-meter robotic arm to extract samples slightly thicker than a pencil. Inside the drill bit while drilling is a sample tube. After completing the extraction yesterday, Perseverance maneuvered the core, drill bit and open end of the sample tube to photograph the rover’s Mastcam-Z instrument. The object of the sample collection attempt was a bag-sized rock that belonged to a line of ridges more than 900 meters long and containing rock outcrops and boulders.

The initial set of images from Mastcam-Z showed a portion of a rock core inside the sample tube. After these images were taken, the rover initiated a procedure called “swallowing percussion,” in which the feather and tube vibrated five times for one second.

The motion is designed to clean the edge of the sample tube of any remaining material. This can also help slide the sample into the tube. After the rover completed this procedure, it took a second set of images with the Mastcam-Z. In these images, the lighting is poor and the internal parts of the sample tube are not visible. The new images confirmed in a better light that the sampling was successful.