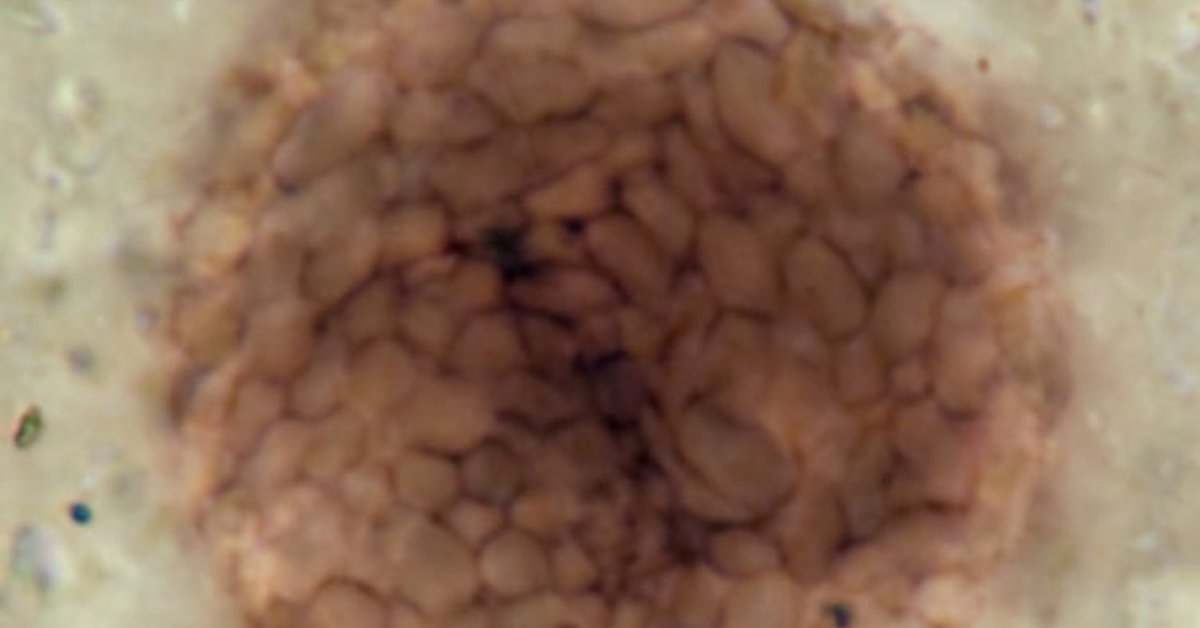 A billion-year-old microscopic fossil found in Scotland contains two different types of cells and could be the oldest multicellular animal ever recorded.

The fossil is formally described and named Bicellum Brasieri in a new research paper published in Current Biology.

Professor Charles Wellman, one of the principal investigators of the research, from the Department of Animal and Plant Sciences at the University of Sheffield, said in a statement: “The origins of complex multicellularity and the origin of animals are two of the major events in the history of life on Earth, and our discovery sheds new light on both.

“We found a primordial globular organism with an arrangement of two different cell types, which is the first step towards a complex multicellular structure, something that has not been described before in the fossil record.

“The discovery of this new fossil indicates that the evolution of multicellular animals occurred at least a billion years ago and that the first events before the evolution of animals may have occurred in freshwater such as lakes rather than in the ocean.”

Professor Paul Struther, principal investigator of the research at Boston College, said: “Biologists have speculated that the origin of animals includes the incorporation and reuse of previous genes that previously evolved in single-celled organisms.

See also  Plaza Primera Junta: an unknown name for a space in the city

“What we see in the Bicellum is an example of such a genetic system, which includes the adhesion and cellular differentiation of cells that may have been incorporated into the animal’s genome 500 million years later.”

The fossil was found at Loch Torredon in the northwestern highlands of Scotland. Scientists were able to study the fossil due to its exceptional preservation, which allowed them to analyze it at the cellular and subcellular level.

The team now hopes to examine the sediments in the area looking for more interesting fossils that could provide more information about the evolution of multicellular organisms.