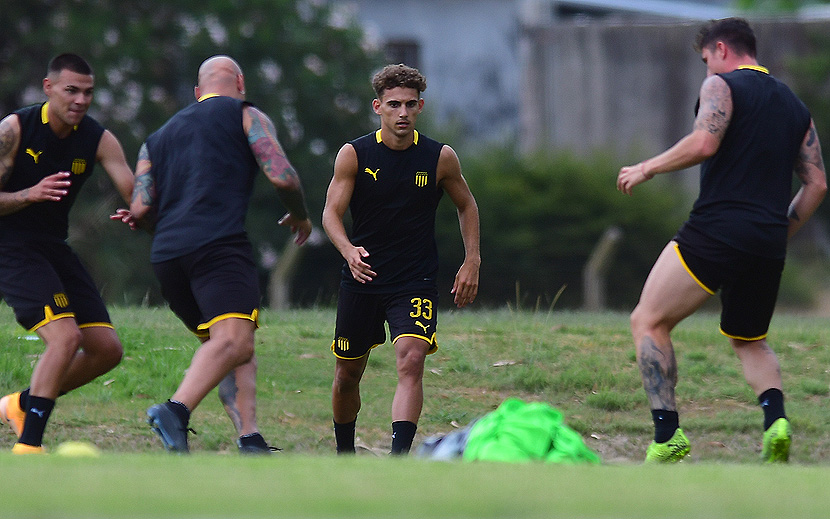 Charcoal stove in the second training of the year in the Central African Republic. Mauricio Larreira’s team is preparing to return to official football. Promising striker Maximo Alonso is among the new faces.

Maximo Alonso, the young forward promoted by Larreira, appears in the center of the photo. Agustin Alvarez Wallace, Ariel Nahulpan and Christian “Cipola” Rodriguez completed the training scene in the Central African Republic.

Peñarol on the second day of training Wednesday afternoon at the Center for High Performance (CAR). The new coach, Mauricio Larreira, with the expanded team under his leadership, is preparing for the Clausura’s first-date match against Cerro in Trocoli (January 16 or 17).

Larreira added Raul Alejandro Salazar as second assistant in the coaching staff. The third DT squad with extensive knowledge of youth to guide them.

New faces who joined the jobs with great enthusiasm. Four Youth Upgrade: Defender Augustine da Silveira, the side Valentin Rodriguez, Steering wheel Alejo Cruz And forward Maximum Alonso. There are strong hopes for the latter to drop it in the coal ranks.