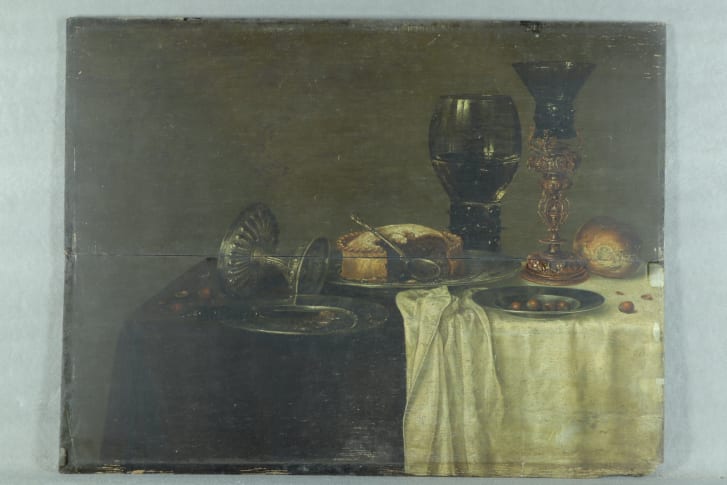 (CNN) – A 400-year-old Dutch masterpiece that experts believe could be worth millions of dollars has been found in a warehouse in Australia.

The artwork called “Still Life” was kept for many years in what is now the Woodford Academy Museum in Blue Mountains, New South Wales.

The valuable 17th-century Dutch Golden Age painting was discovered in a collection of 60,000 pieces after the building and its contents were donated to the National Trust of Australia.

“This is a very unusual and exciting time,” said Julian Bickerstuth, project coordinator and CEO of International Conservation Services, the company carrying out the restoration work, in a press release on Sunday.

The work is attributed to Gerrit Willems. Heda, son of the famous Dutch painter Willem Claes of the 17th century. Haida, known as one of the greatest masters of the Dutch Golden Age.

But experts are still investigating the origins of the “still life.”

According to the press release, the signature of Gerrit Willems. Hedda resembles his father so much that his paintings were attributed to him until 1945. The suspicion that it could have been a joint work of father and son has been investigated.

A signature was found on the artwork to authenticate the artist. Credit: Australian National Trust

“Finding an original painting from the 17th century in my National Trust vault was absolutely amazing, it captivated me so much,” Rebecca Benchin, Director of National Trust Collections, said in a press release.

See also  The Venezuelan opposition has demanded the Maduro regime to release the three activists from the NGO Fundaredes after 100 days of their arbitrary detention.

“The chance of finding an artist’s signature seemed like one in a million. This is a wonderful story of discovery, taking us on a journey of many years, combining work and validation through expert advice and technology.”

Alfred Fairfax, nephew of James Fairfax, founder of the Sydney Morning Herald, was likely the person who provided the artwork to the Woodford home, according to the press release.

The trust added that he purchased the building in 1868, at a time when Dutch business and “Old Landmark” auctions were particularly popular.

The painting will be on display on May 14, as part of the 2022 Australian Heritage Festival at Woodford Academy, Blue Mountain.