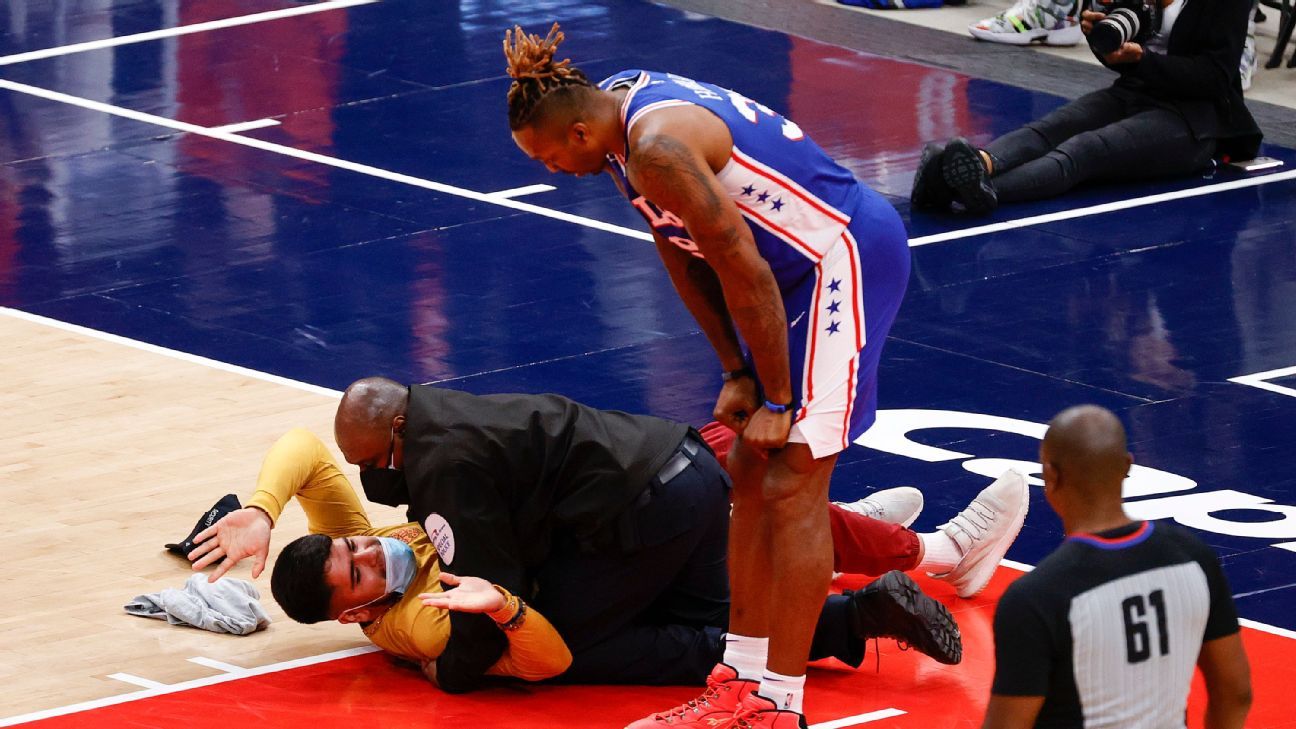 Playing Game 4 of the series, a fan ran to the ground and touched the board in the Capitol One arena, in which the Washington guides avoided sweeping the Philadelphia 76ers 122-114.

The fan was in a basket protected by sixes as the team headed towards it for a crime from the capital. The referees noticed the person’s presence and stopped the game with three minutes to go into the third period. The fan was quickly handled by a security guard and removed from the court before being handcuffed by police.

“It’s not a game or shit, you can do whatever you want and run everywhere,” said the annoyed Russell Westbrook. “It’s our job. We take it very seriously.”

Although the incident took place near the Sixers bench, no player appeared to be in contact with the invader.

Currently, the guides have a low level of fan entry and no one is seated near the area where the fan enters the court.

Wizards and the owner of the arena issued a statement saying the fan would be banned and he would face charges.

This is the latest fan misconduct that happened last week. In Philadelphia, a fan throws popcorn Russell Westbrook He was kicked out of the arena, from which he was banned. In Utah, family-inspired fans Ja Morant In Boston, a man was arrested for throwing a water bottle Kyrie Irving.