The final review for the legislature was 95% complete; Some tables have already finished counting 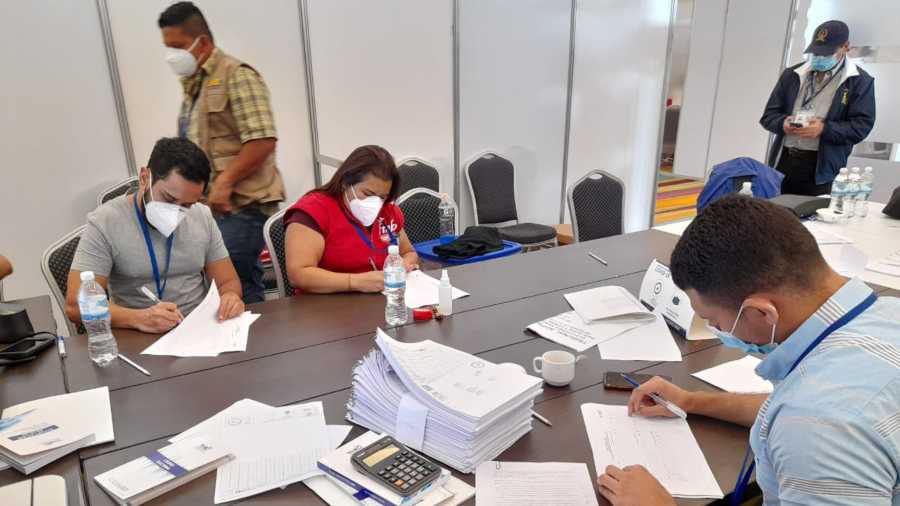 Judge Guillermo Wellman considers the final hearing to be held between Monday and Tuesday. The first days of this process were marked by tension and incidents with government officials.

Generally. Following the agreement reached by the Supreme Court Electoral Tribunal (DSE), voting for the third day of proceedings is progressing, Magistrate Guillermo Wellman reported this Sunday, updating data on the progress of the processing of election records.

You may also be interested in: Director of Migration, Ricardo Cucalan, shows aggression and throws himself to the ground in the middle of a final inspection

“If the tables continue to work as they have done so far, I hope we will be almost done by night,” he said. In addition, he talked about delaying the process.

“The more late for us the number of legislatures, the faster the municipal councils,” he added.

Table # Final review No. 2 finalized the verification of votes for delegates to the Legislature. pic.twitter.com/P7SiLOYJnY

The magistrate considered that the final examination, including the minutes of Parlasen and the municipal councils, would be completed by Monday or Tuesday morning next week.

Watch: The DSE is turning the final analysis method to zero amid tensions over election monitoring

# Final review | The following is the forecast for March 7 until 1:25:

This happens after last Thursday, March 4th, the TSE decided to reset the final vote count due to some discrepancies in the already disrupted computer system, Election Commission officials said.

The progress of the final study continues despite the criticisms received as a resultReform of final inspection algorithms It was approved last Thursday, authorizing each party to have a representative with voice and votes on the 49 tables established, as well as providing 49 ownership credentials and 25 alternative credentials to political organizations.

Tensions also escalated at the capital hotel where the final inspection took place last Thursday, with Ricardo Cucalan, head of the Directorate General of Migration and Immigration, being physically assaulted, a motive, he threw to the ground in the middle of the day at one of the tables set by the court. The truth was recorded in videos circulating on social networks.