Epic Games has announced the launch of a new competition called fortnite Concept Royale. Two “outstanding” fan designs will be transformed into genuine in-game costumes due to the new possibility, providing designers the chance to reach a large audience. The two winners will get monetary prizes in addition to having their design made into an outfit. Many Fortnite fans have posted their skin designs on social media, but this new competition provides them a once-in-a-lifetime chance to capture Epic’s attention.

The Fortnite Concept Royale event kicked off yesterday, June 15, and will run until July 11 at the very last minute. Artists can share their unique skin designs on social media platforms like Instagram and Twitter during that period. Epic will be able to discover the posts if they use the hashtag #ConceptRoyaleContest. Epic appears to be looking for winter-themed designs since the two winning designs will be unveiled as official skins in December as part of whatever Winter 2021 event the business has planned.

Epic stated in its statement, “Send us your most festive, icy, and fun designs to bundle up this Christmas season.” Before generating a concept, creators and fans should read the whole contest regulations [PDF] to meet the challenge’s requirements. According to Epic, the two winners will each get $2,500 in addition to seeing their idea made into a natural Fortnite skin. 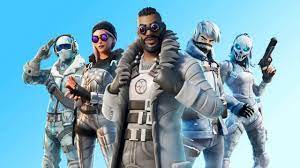 The contest is only open to those aged 13 and over, and each creative is only allowed to submit one contribution. Use the hashtag #ConceptRoyaleContest on Twitter or Instagram to enter Concept Royale with your winter holiday-themed Fortnite avatar. Color drawings, 3D models, sculptures, cosplays, and anything else visual can be submitted. The contest is currently open and will close at 11:59 p.m. ET on July 11.

There is a limit of one submission per individual, and any submitted after the deadline will not be considered. This isn’t the first time Epic has included fan-created content into Fortnite. They frequently produce Outifts based on popular community-created concepts, such as @sharktoofs1’s Celeste. The Emote Royale contest in January 2020 provided a similar reward, with TikToker Michaelmejeh’s dancing steps being recreated in-game by the Verve Emote. It’s now your chance to cement your place in the ever-changing world of Fortnite.