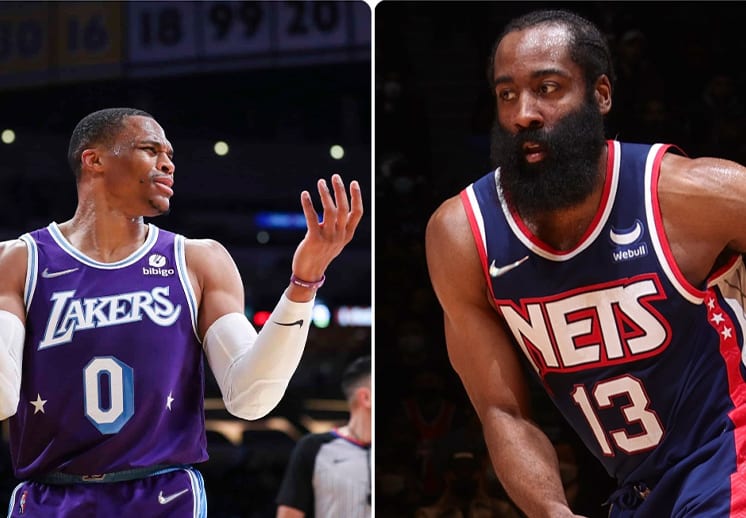 Both were teammates and had good years in that young and amazing trio they formed with Kevin Durant at the Oklahoma City Thunder who managed to reach the NBA Finals, out of those big three, only KD knows what it means to be an NBA champion. Westbrook and Harden met again in Houston, and today they are once again on different teams, although they share the feeling of not being able to win the championship.

Russell does not live the experience he expected in Los Angeles, he has not been able to find his place, his level is not the same as in other years, and now he is restricted. Westbrook has been cited as one of the culprits in the Lakers’ gaffe which is why his name appears among the candidates to leave the team. The latest rumor is that the Rockets will be willing to send John Wall to Los Angeles in exchange for Westbrook and a first draft pick. So it might sound pretty weird, but Wall and Westbrook could once again be the champions of change, let’s not forget that Houston specifically sent Westbrook to Washington in exchange for Wall, who didn’t even play for the Rockets.

Read also: LeBron James and Lakers Kings in the NBA in sales

James Harden arrived in Brooklyn to form the Big Three, but for various reasons he didn’t go for it either. It seems that La Barba is not very convinced of the project which is why he decided not to sign an extension of the contract with the Nets. Perhaps he’s thinking that next summer he could have a new destination that would be Philadelphia, where his former Houston boss, Daryl Morey, would do the impossible to seek a change-up with Brooklyn by sending in a disgruntled Ben Simmons.

We are facing two of the most talented players in recent years, two players who have individually achieved many things, but lack something to devote themselves, time is short and it is increasingly difficult to reach the finals, we will see which one can achieve the dream of lifting the Larry O’Brien Cup.