“The great debate the council should have is about public space” 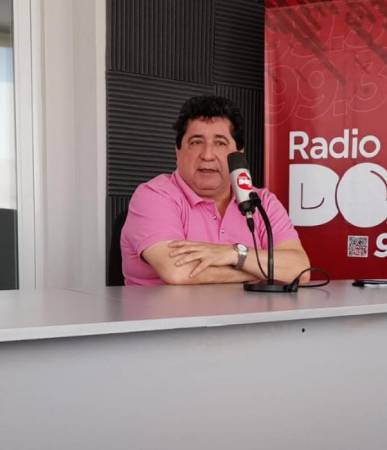 Hector “Balito” Torres arrived a month ago at the provincial capital’s legislature, but his extensive experience as a radical leader in campaign and management strategies has made him one of the ruling party’s candidates in the municipal legislature. His poise and the subsequent depth of his political analyzes became evident in every minute of an extended note given yesterday to the Dos Radio program hosted by Carlos Alonso, in which he engaged in a strategic alliance as central members of a multi-media take on a contract. in Corrientes.

On this occasion, Torres considered that “the great debate that the Council should have is about public space.”

He noted in this regard: “We must cover all the issues of the city, from infrastructure works to regulating the use of skateboards, for example. And (also) there is a great debate about what public space should have been. As the word says, public space It belongs to everyone. Nobody can own it exclusively. It seems to me worthy of great discussion,” he insisted.

In this sense, the chancellor referred to “I call this an urban compact”. He then explained: “We need this agreement to try to solve the problems that urbanization brings with it, ie: how do we treat ourselves, how do we move, where do we stop, how do we throw garbage in a basket, etc. All this has to do with civilization and we should take a special look.”

On the other hand, he stressed that “the mayor (Eduardo Tasano) in his inaugural address for his second term put forward the regional organization plan as a major focus, and it is a very important roadmap. I think it is one of the great projects of the last twenty years of city politics,” he warned : “I think it deserves the support of all political sectors and it seems to me that it is necessary to build more dialogue on that,” he said on the “Al Khair” programme. The bad and the ugly.”

Regarding environmental policies, Torres stressed that “the city needs at least two more lungs. One is in the Santa Catalina area, where there is a very strong cement complex, which is part of the urbanization. And more is also needed in the downtown area, the waterfront, etc. that “.

He also noted the need for large-scale afforestation, with native species “obviously”. “I would like the temperature in Corrientes to drop by one degree due to natural influences in five or six years, at least,” he stressed.

Another topic consulted was integration plans for social groups such as the LGBT. “The LGBT community is a reality and we must work so that they have opportunities, jobs, health, etc.,” Torres said and emphasized, “I will work at the municipal level so that they are included in the job offer, for example, and that the extension of the law is a fact, not a declarative matter.”