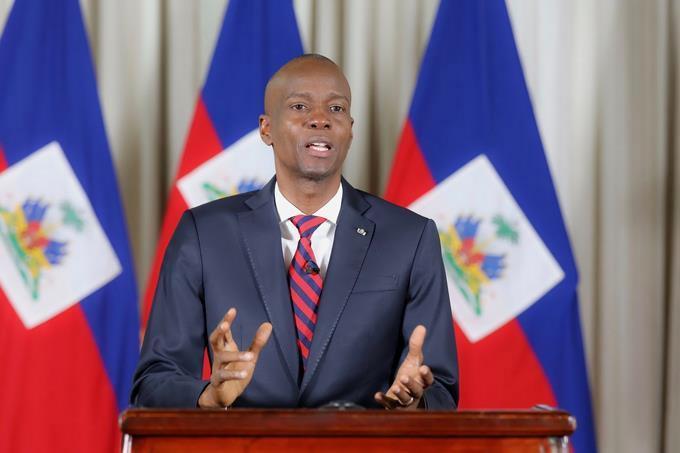 The reform of the Haitian constitution promoted by the country’s president, Juvenil Moise, proposes to abolish the Senate and the position of Prime Minister, among other points announced Friday by the President’s appointed advisory committee to review the Magna Carta.

The Haitian Parliament consists of the Senate and the House of Representatives.

The committee recommended, through a document, specifying the personality of the vice president, who will be elected by universal suffrage with the president of the nation.

It also calls for strengthening the scope of oversight over the work of the executive authority, setting deadlines for voting on laws and ratification of appointments, treaties, agreements and international agreements.

As for the judiciary, the bill provides for the replacement of the government commissioner with the attorney general, strengthening the independence of judges and creating two judicial jurisdiction orders, the highest of which is the Court of Cassation.

On the economic side, the document proposes the creation of an “independent competition authority responsible for contributing to the regulation and regulation of the public and private economic sector.”

The bill declares “lowering the age of access to elective positions to 25 years.”

It also indicates that at least 35% of public offices are held by women.

The commission also proposes recognition of a plurality of nationalities, equal access for all Haitians to all the functions listed in the Constitution, and the possibility for all persons of Haitian descent to claim this nationality even after several generations.

Moyes, who has been under pressure from street protests since January 15 by the opposition sectors calling for his departure on February 7, confirmed that he will not leave office since he was elected for a five-year term ending in 2022, he confirms.

The Caribbean president wants to put the constitution to a referendum next April, before the presidential and legislative elections scheduled for September 19, as announced at the beginning of the year by the Provisional Electoral Council (CEP).

The official calendar of the permanent electoral council states that the second round of presidential and legislative elections will be held on November 21, the date on which municipal and local elections will also take place.

Several unions in Haiti called yesterday for a general strike on February 1 and 2, with the aim of demanding Moise’s resignation and protesting the growing insecurity in the country.

The sectors that started this movement are the Human Rights Lawyers Caucus, the Anti-Corruption Union Brigade (BSAC), the United Movement of Haitian Workers (MUTH) and the National Workers Center.

These groups have the support of dozens of other groups, including opposition parties, transport driver unions, teachers’ unions, and human rights organizations.