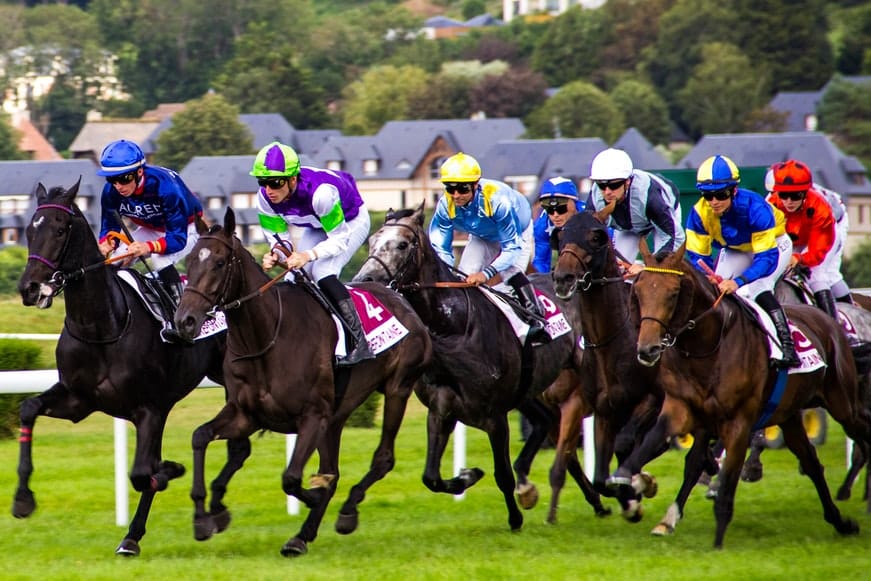 The world of horse racing is, at times, a confusing one. Horses are, by their very nature, slightly unpredictable. Expecting half a ton of prey animal to behave rationally all of the time would be foolish.

Sometimes, racehorses perform at their best, sometimes they don’t want to play and sometimes, an absolute no-hoper gallops out of the distance to win a race that it frankly shouldn’t even have started in.

However frustrating it might be if you’ve spent hours poring over the form to see a 100-1 shot romp home, it still makes for pretty fascinating viewing. Part of the beauty of horse racing is how unpredictable it is compared to other sports.

So, let’s take a look at some of the biggest upsets in horse racing history.

The Grand National is one of the most hotly anticipated races in the National Hunt racing calendar and as such, there are plenty of people who want to bet on it. The huge field of 40 horses makes it a favourite with fans of sweepstakes and also for bookmakers offering free bets for Grand National.

However, finding a winner can be a challenge as the huge course can throw up some unexpected results.

For example, in 2009, a horse called Mon Mome came past the finishing post in first place, having set off at the huge price of 100/1. Statistically speaking, Mon Mome should have had no chance, yet under an exemplary ride from Liam Treadwell, he went past the finish post a good 12 lengths ahead of the heavily fancied Comply or Die.

It’s results like these that are the most frustrating, particularly for those who saw nothing that could beat Comply or Die, but it’s also moments like these that make National Hunt racing in particular so brilliant. Sometimes an underdog really can come home to win and for the connections of Mon Mome, what a moment that would have been.

The Gold Cup is another race that’s had quite a few long priced winners, though usually, it’s more predictable than the National. However, in 1990 Norton’s Coin would run an incredible race, to see off the heavily fancied Desert Orchid and win at odds of 100/1. Not only did Desert Orchid have incredible form for this race – as well as many others – Norton’s Coin was more or less unproven.

The gelding was trained and owned by Sirrell Griffiths who, at the time, was a full-time dairy farmer from Wales. Graham McCourt gave Norton’s Coin a brilliant ride and both jockey and owner were understandably thrilled to see an odds-on shot, especially in such an anticipated race.

At the time, it was dubbed the upset of the century by newspapers, television reporters and, of course, bookmakers. Looking back it was an incredible feat; a man with only two other horses in his stables had achieved what one of the greatest racehorses of all time couldn’t.

Despite not being a highlight on the horse racing calendar, this race does take the world record for having the longest priced winner in the history of UK racing. It was in July of 2020 that He Knows No Fear won a maiden at Leopardstown with odds of 300/1. Having previously raced only once and finished 12th of 14 horses, trailing some 18 lengths behind, it seemed pretty certain that He Knows No Fear wouldn’t be interrupting proceedings too much for his next race.

However, the opposite would be true. Despite the enormous odds – or perhaps because of them – bookmakers took more than two hundred bets on the horse. For one punter it would be a brilliant day; having wagered one hundred euros each way, they walked away with more than forty thousand.