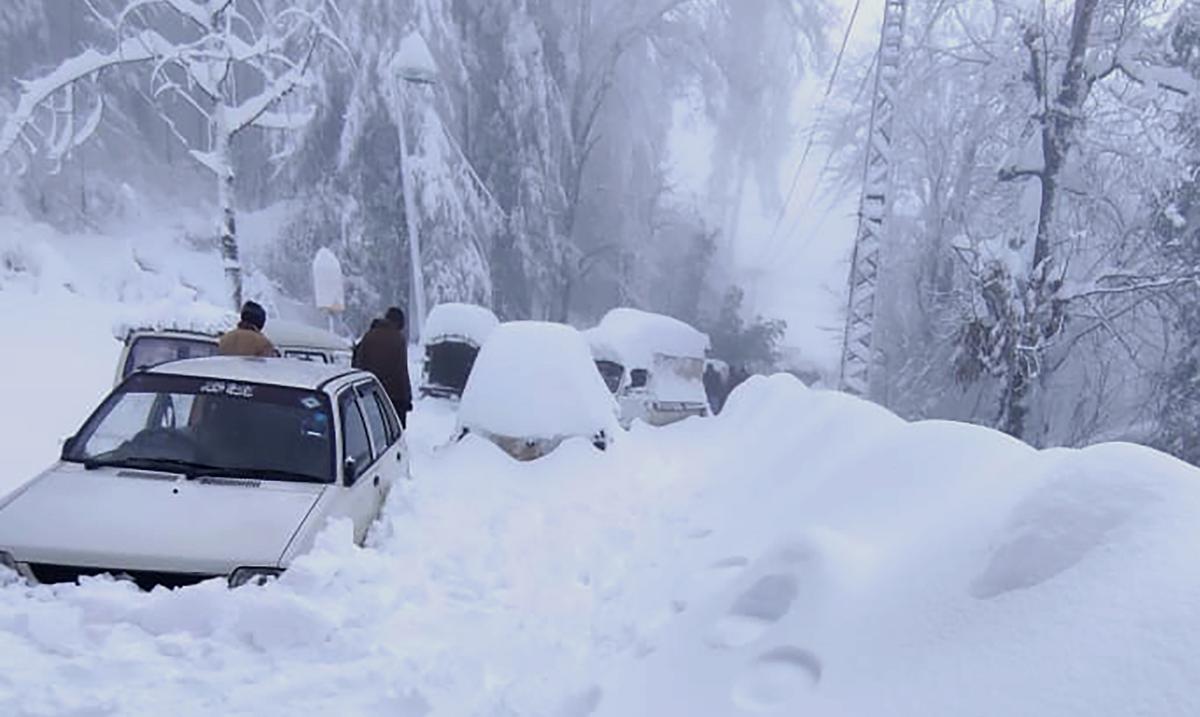 Islamabad – Temperatures dropped to 17.6 degrees Fahrenheit amid heavy snowfall at night in Moree, a mountain resort town in PakistanOn Saturday, authorities said at least 22 people who were trapped in their cars had been killed.

One of his colleagues, Atiq Ahmed, explained that eight of the dead belonged to the family of Naveed Oqba, an Islamabad policeman, who also died. The authorities added that all the victims died of hypothermia.

Abdul Rahman, a doctor with rescue services, said that after all the stranded tourists in their cars were evacuated, the total number of dead reached 22 people, including 10 men, 10 children and two women.

And the Minister of Interior, Sheikh Rashid Ahmed, explained that thousands of vehicles were pulled from the ice, but more than a thousand were still stuck in the area on Saturday.

Located 28 miles from the capital, Islamabad, Murree is a popular winter resort that receives more than one million tourists annually. During winter, access roads are often blocked by snow.

Snowfall exceeded 4 feet in the area overnight, paralyzing traffic on Saturday.Ahmed added, noting that the paramilitary forces and a special mountain unit of the army have been requested for help.

“Until then, no vehicle or person on foot is allowed into Morey, except for emergency and rescue vehicles and those delivering food to the trapped people,” he said.

Omar Maqbool, a local official, said that heavy snowfall hampered rescue efforts during the night, and that even heavy equipment brought into the area to clear the snow was initially stopped.

Authorities did not provide further details about the fatalities in the cars, but said they were engaged in search and rescue operations.. Maqbool said the stranded tourists were given blankets and food overnight.

The official added that most roads to area resorts were largely cleared of snow later on Saturday, although work continued. Soldiers and vehicles tried to clean the streets, and the army set up camps in military schools to provide shelter and food.