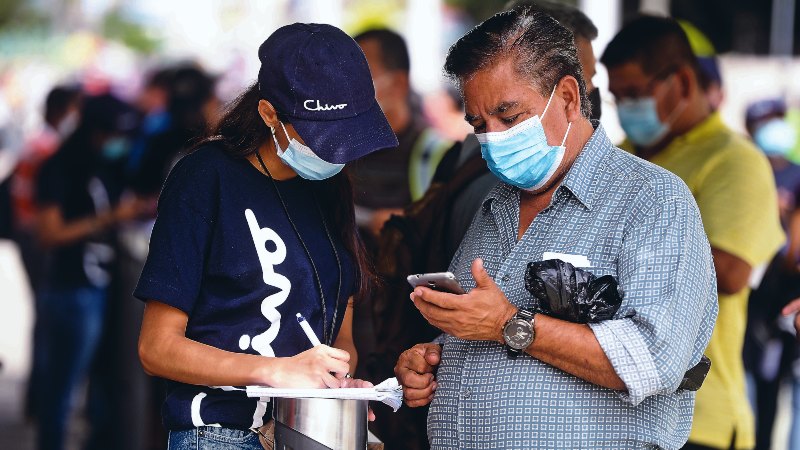 As of Thursday afternoon, Cristosal had registered 717 identity theft complaints.

The Public Prosecutor’s Office of the Republic (FGR) has opened an investigation following complaints from hundreds of people who said they had experienced identity theft or theft in order to download the Chivo Wallet app to collect the $30 offered. By the Bukele government to ramp up the use of Bitcoin.

For a few weeks now, the number of complaints on social networks has been increasing as they use the unique identification document number to gain access to the government’s wallet, to the point that organizations like Cristosal have opened up a space to receive complaints. Up to this time they accounted for 717 cases.

See: ‘Too many irregularities’ complaint against a young man who worked as a promoter for Chivo’s wallet

For their part, El Diario de Hoy and elsalvador.com also provided a channel to pick up complaints and within two days received over 200 confirmations from people who said they were surprised by criminals when their DUI number was used to activate their Chivo account wallet.

Among those affected by this criminal practice of identity theft to steal public funds operated by the private company Chivo SA de CV, there are citizens of various professions, including lawyers, businessmen and even journalists.

As a result of these complaints filed on social networks, El Diario de Hoy asked the Public Prosecutor’s Office whether it had started any ex officio dossier, and the foundation replied that it had already started.

The response of the Public Prosecutor’s Office through its communications department was, “All complaints received regarding this case led to the start of the corresponding investigation.”

The institution did not provide data on the number of complaints it received until yesterday. This week, lawyers for Citizen Action, Humberto Sainz and Eduardo Escobar, have simultaneously taken their case to the attorney general’s office.

Since last week, Cristosal has reserved space to receive identity theft complaints through its legal department.

This initiative aims to provide legal support to people who have proven that their DUI has been used without their consent to download Chivo Wallet. To do this, they fill out a form and accept through this online document that Cristosal represents him in the collective complaint that will be submitted to the Public Prosecutor’s Office, and action is taken on the matter.

The number of such complaints only increased. As of last Wednesday night, the NGO had reported 581 complaints of abused citizens, a number that had risen by Thursday night to 717.

Other organizations such as TRACODA confirmed yesterday that they had received 61 complaints from affected citizens and confirmed in their forecasts that at least 2,000 people could be affected.

El Diario de Hoy and elsalvador.com have also opened up a space to find out more cases and in less than two days they have received more than 200 reports of illegal use of a DUI number linked to the government wallet.

Watch: The DUI of two women of the same family was registered in Chivo Wallet without their consent

Cristosal, who will be closing this space tomorrow for the affected citizens to share their case, informed that they will file a group complaint with all the cases received.