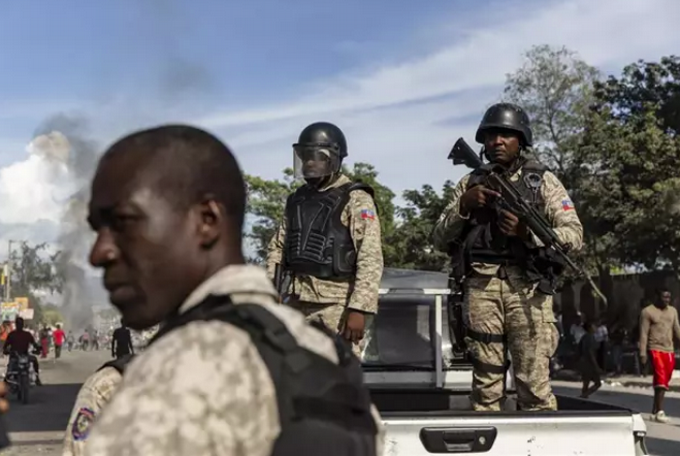 The rebel Haitian police command known as the Phantom 509 threatened Tuesday to “burn the country” if criminal gangs do not return the bodies of their murdered comrades, whose remains have not been returned for “mystical reasons,” according to authorities and criminals.

On Tuesday, members of the security forces organized a demonstration in the streets of Port-au-Prince to demand the return of the bodies of the five comrades who were killed during an operation against these groups on March 13th in the village area. De Diu, southwestern Haiti.

The Fantom 509 family was born in the midst of the agents’ movement for better pay, economic bonuses, and the right to unionize. But they radicalized their protests and even attacked public institutions and set fire to state cars.

In previous protests, this police faction, which had organized violent protests in 2020, demanded a basic salary of 50,000 gourdes (about 530 euros) and a discount card of another 25,000 (about 270 euros). The government maintains that it does not have the resources needed for this increase.

Police officer Lionel Lazar accused one of his superiors in the media of “intentionally” sending his colleagues to the operation, knowing that they would be ambushed.

In addition to the five dead, whose bodies were dragged and beaten, eight other officers were injured, and several authorities’ armored vehicles were stolen.

“The Haitian Times” has published a video in which a voice is heard that belongs to the head of the band operating in Village de Dieu, in which they are known as “Izo”. It was confirmed in the recording that the agents had received a “funeral”, but that their bodies had to be kept for “mystical reasons.”

For his part, the President of Haiti, Juvenil Moise, announced on Twitter that he had signed a decree for the police and the army to work together to address and stop the insecurity of citizens, after the exceptional cabinet convened.

Moise explained that “this decree enables the competent authorities to mobilize any external support necessary to perform their mission,” and he also requested support in this regard from the Organization of American States.