The supply of Pedernales exceeds 6000 rooms 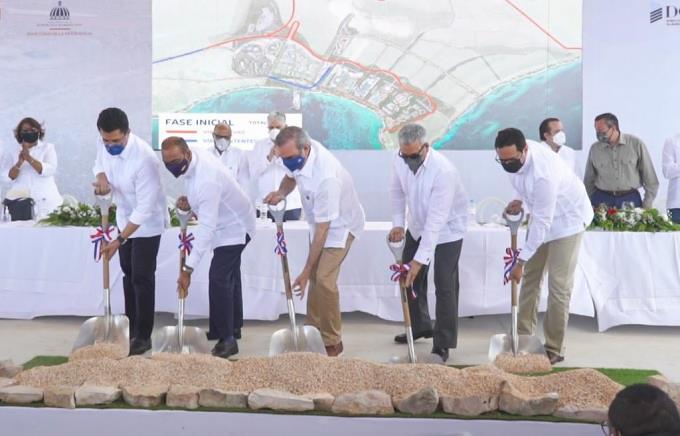 The interest shown by foreign investors led the Dominican government to double the target number of rooms it planned to build in Pedernales Province in the southern region that had been waiting for years for the much-publicized tourism development plan. to materialize.

Yesterday, the President of the Republic, Luis Abenader, gave the first cake for the construction of the road infrastructure for the project in Cabo Rojo, and announced that the hotel supply in the province would exceed 6000 rooms. At first there were about 3,500.

The President stated that Pedernales will become a global tourist destination, and a pioneer in conservation tourism, within the framework of a sustainable development model.

He stressed that the launch of this project, which will be developed in the next ten years with investments estimated at $3 billion, represents an opportunity to create about 20 thousand direct jobs and about 56 thousand indirect jobs in the region.

The project will start with an investment of 1 billion US dollars.

“Tourists will be able to shower but there will be no construction in that area and the legal framework will be preserved… We will respect the projection scheme for the environment and respect for protected areas and national parks…,” Abu Nader said. .

Executive Director of the Directorate General of Public-Private Partnerships (DGAPP), Sigmund Freund, highlighted that Pedernales will be the first tourism destination with high international, environmental and sustainable standards organized and developed under a public-private alliance.

Freund noted that the goal is that by 2024 there will be 3,000 hotel rooms in Cabo Rojo, an international airport, a water canal and vital service businesses so that the first tourists begin to arrive.

“We will work tirelessly so that in the next three years we have a destination in full development, capable of achieving prosperity and progress for all, a green tourist destination that takes care of the natural wealth of its environment, free of plastic and pollution and that it offers its visitors unforgettable experiences.”

The Minister of Tourism, David Collado, during his participation in the event, explained that the Pedernales tourism development plan will be implemented in accordance with the standards of land use planning, and announced that a boardwalk will be constructed.

Collado took the opportunity to provide some data on the tourism recovery, highlighting that the sector posted a strong recovery in June. He pointed out that about 300,000 foreigners have arrived in the country this month.

The head of the Puntacana group, Frank Rinieri, considered that Pedernales would not be a competitor to Punta Cana, the main tourist center of the Dominican Republic, because it is a different place.

The Minister of Tourism also spoke there, who said that yesterday’s law begins a development process that will not stop and symbolizes the hope of the residents of this border province, who will have an airport, art food, restaurants, and also “We are going to design and build the Pedernalis Walkway, because tourism cannot develop and its back to people ” .

For his part, the Minister of Public Works said that “the time of change came from the hand of President Louis Abenader to the far south of the whole to transform the region into a pole for economic growth and improving the quality of life in favor of agricultural, commercial and cultural development and reducing costs and travel time.”

The four pillars that make up this project are environmental preservation, hotel development, infrastructure and accessibility, as well as community development and well-being. Ascención has made a presentation of the infrastructure works that will accompany the tourism development of Pedernales, including the Barahona-Enriquillo highways; Enrique Pedernales.