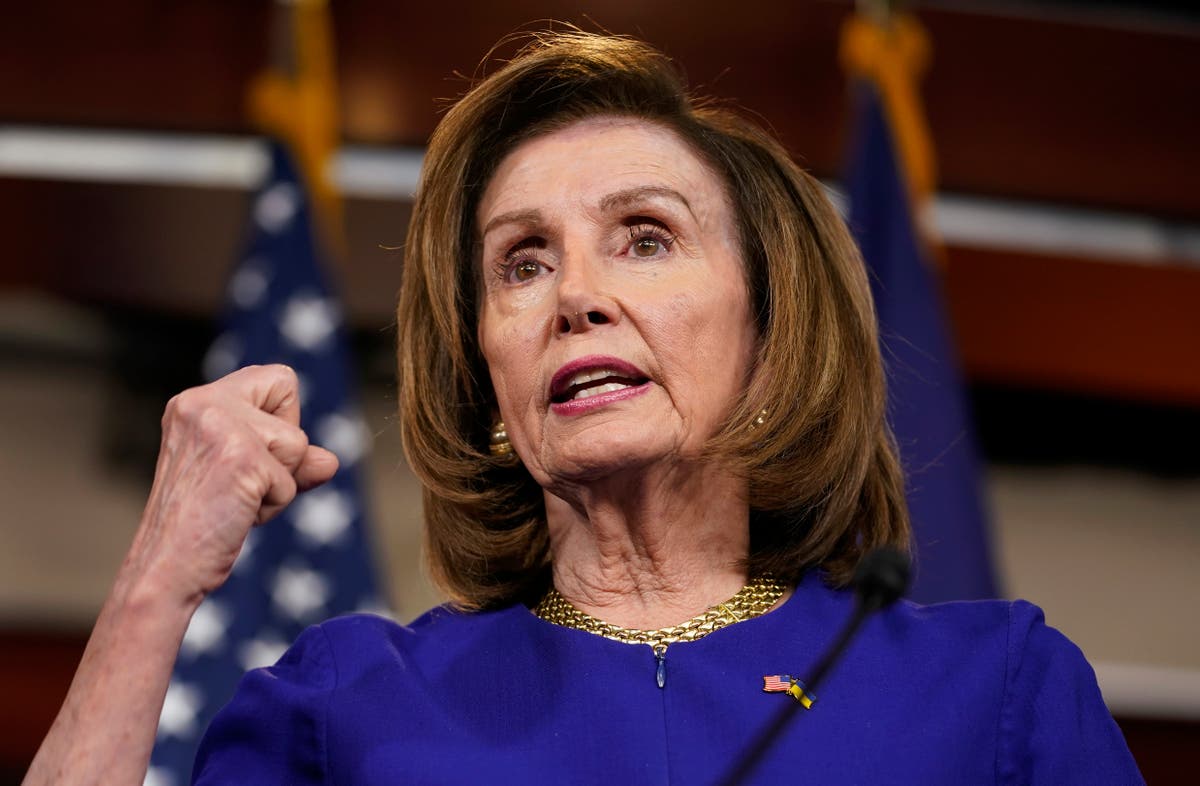 House Speaker Nancy Pelosi has said the US Congress will not approve a free trade agreement with the UK if Boris Johnson sets out to “ignore” the Northern Ireland protocol.

The speaker of the US House of Representatives said he was “deeply concerned” that the British government plans to end unilateral protocol checks previously agreed with the European Union.

Pelosi said she previously told Mr Johnson and Secretary of State Liz Truss that if they chose to “undermine” the Good Friday agreement, Congress “cannot and will not support a bilateral free trade agreement with the United Kingdom”.

Mr Johnson and Truss insisted they do not plan to tear up the protocol entirely, but aim to unilaterally “fix” the agreement through new legislation to scrap parts of the Brexit deal.

However, the powerful American figure issued a severe reprimand. She said maintaining arrangements designed to ensure there was no hard border in Ireland was “absolutely necessary” to support the Good Friday Agreement.

“It is a matter of grave concern that the United Kingdom is now seeking to unilaterally renounce the Northern Ireland Protocol,” Pelosi said in a statement issued on Thursday.

“Negotiated agreements such as the Protocol preserve the important progress and stability made through the Good Friday Agreements, which continue to enjoy strong bipartisan and bicameral support in the US Congress,” Pelosi added.

The US spokesman urged Mr Johnson’s government to resume “constructive, cooperative and good-faith negotiations” with the European Union to implement an “agreement that supports peace”.

US President Joe Biden played down the prospect of a trade deal with the UK when he met Johnson in September, when he forced the prime minister to admit: “Joe has plenty of fish to fry.”

His administration is understood to be reluctant to enter talks on a comprehensive post-Brexit deal due to his concerns about the ongoing rift with the EU over Northern Ireland.

Ms Truss announced earlier this week that the legislation would create new “green channel” corridors for goods moving from Great Britain to Northern Ireland. Only goods destined for the Republic of Ireland will be subject to customs checks and other routine procedures.

The DUP is currently blocking the re-establishment of Stormont’s institutions in protest of the protocol, with Irish nationalist Sinn Fein urging the union party to resume power-sharing arrangements.

It comes as Joao Val de Almeida, the European Union’s ambassador to the UK, said a “credible alternative” to the protocol had not been identified – warning that a unilateral British action to bypass the agreement could “null” the agreement entirely.

He revealed that the EU Commission’s negotiators had received strict instructions from the 27 member states that there could be no change in their mandate, no renegotiation.

Number 10 calls for more flexibility from European Commission negotiator Maros Sivkovic over British demands to cut inspections of goods, with a pledge to introduce the earlier legislation soon if the UK’s demands are not met.

Speaking at lunch in Westminster today, Mr. Valle de Almeida said: “It is not very reassuring to enter into negotiations where you are presented with two options – either to negotiate or to take unilateral action to bypass the treaty.”

Echoing Mr Johnson’s claim that he wants to “reform, not abolish” the protocol, the ambassador said: “This is not the best way to reform, it is rather a way to possibly abolish.”

“If we want to fix it – which we want, and I understand that is what the government wants too – we need to create a better atmosphere,” Mr. Val de Almeida added.