“They are not afraid to do it.” 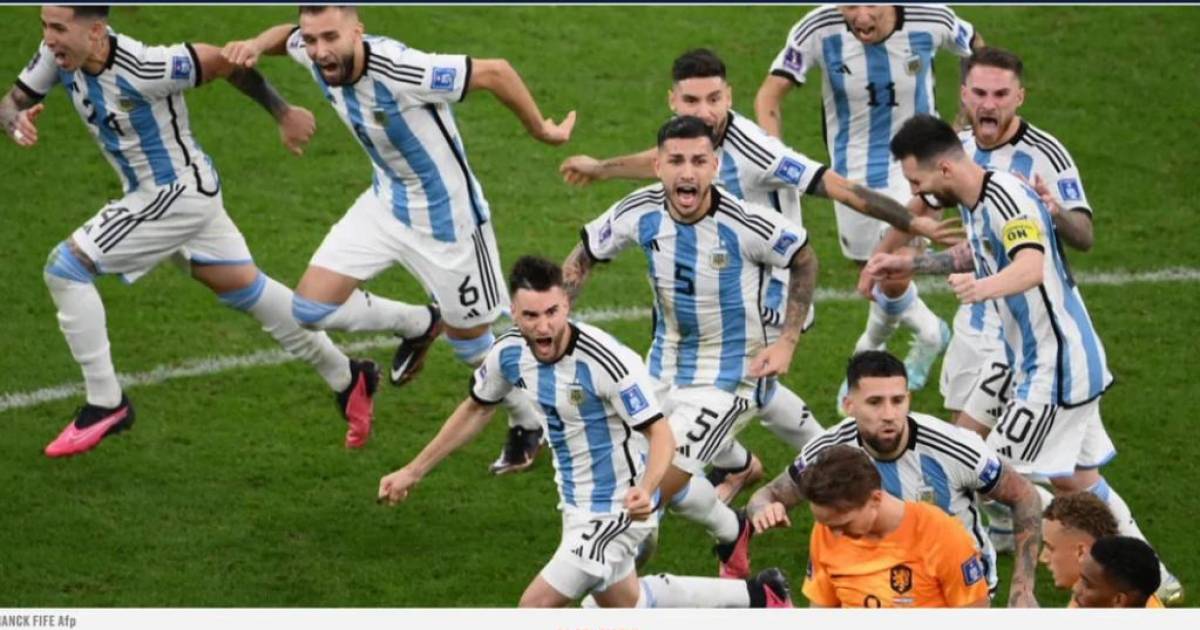 On Sunday, a Croatian newspaper denounced the supposedly chosen strategic plan Argentina “to drive them crazy” in World Cup finals in Qatar.

This “dirty plan” was leaked by a player from Albiceleste It explains in detail the way they psychologically “crush” European footballers after 60 minutes of a match.

The headline in Sportske Novosti, Sportske Novosti’s most-read sports newspaper, was, “First-team player claims he’ll drive Croats so mad he’ll crush and beat them in 60 minutes!” Croatia. The news reverberated in the South American country where the note is hard to believe.

“Writing that the Argentines know how to use dirt in the game will not be surprising, as many of those who have faced them for decades at world championships have witnessed this, but on the eve of the semi-finals, scandalous news arrives about their preparation for Croatia and the methods they intend to use.

We’re told, an Argentine player admitted to his European teammates that they were given the task of provoking and giving instructions on how to get the Croats out of the rhythm. That same player, who is the permanent starter for Argentina, in a video conference with his colleagues from the club, in addition to the jokes and comments seen so far in the stadiums Qatar, he believed that it would drive the Croats mad. They are going to break them down and beat them in 60 minutes. That club’s “locker room” has been about it ever since.

We cannot say exactly what they intend to do, but we know how a person behaves when he wants to annoy his opponent and influence him to start making mistakes, arguing and drawing cards. This is the tactic that was already seen with Argentina in the match against the Netherlands, in a very tense match, after which they did not stand out in their behavior. It’s over. They are not afraid to do what they think will help them succeed.

Argentines believe that our people, especially some of them, have weak nerves, that they will not be able to hold their heads when they are stomped on, cursed at, pulled like ‘you slept with your wife’, pinched and the like. According to this player’s forecast within an hour max… It will take until someone gets sent off or scores at least two goals. It was alleged that the three Argentine players were given special instructions on how to provoke the three Croatian players whom they consider to be the weakest link in the case.

Nothing surprising, though embarrassing if someone wants to make it to a World Cup final in clay. It is not easy to resist and keep the players composure, but the players must remain focused, understand everything that happens as part of the fight, even if it is a defeat, keep the peace, swallow everything and beat Argentina with one match. …it would be worse if they gave up and fell as amateurs. They can’t allow that. Of course, we are also interested in how the judge is appointed in this regard.

Argentina obviously have great Messi, they have good players, they are a good competitor and they have tough football. If Croatia can handle everything else, the role play will be easier. There’s a lot at stake, World Cup final,” he closed the controversial note.

The Croatian newspaper reported that the aforementioned information had already reached the coach’s ears Zlatko Dalicand that it was brought in by a chosen competitor who “does not have to be identified”.