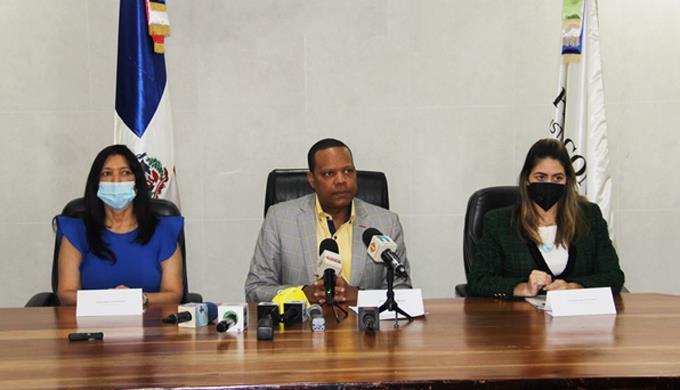 The Executive Director of the National Institute for Consumer Rights Protection (ProConsumidor), Eddie Alcantara, announced Monday that he will applyStrict penalties“to me It has been proven that business owners are selling adulterated alcoholic beverages He said that this institution is working actively and resolutely to identify those institutions that participate in this illegal and criminal practice.

He explained that since last week they have been carrying out intensive operations in Greater Santo Domingo and towns within the country, where 219 ex officio companies were searched for adulterated alcoholic beverages Products not suitable for human consumption.

It is stated that it is the result of these inspections Three facilities were closed due to the presence of pests in the same location, Among other nonconformities that violate consumer protection law.

Alcantara, who spoke during a press conference with Pro Consumeror’s deputy managing director, Maria Teresa Paulino, and deputy coach, Raquel Hubelman, said that once they got the results of these tests “and if some of these turned out to be counterfeit drinks.” We will be extremist with the owners of these institutions, starting with shutting down businesses and bringing these people to justice“.

In this sense, he indicated that coordinated work is being carried out with the Dominican Institute of Quality (INDOCAL), the Ministry of Public Health and other institutions related to the issue of adulterated drinks, which caused death in recent days. Dozens of people.

“It has been agreed that once Pro Consumeror conducts the surveys through the aforementioned inspections, which we will conduct permanently throughout the national territory, we can obtain laboratory results as quickly as the procedure permits, in order to take immediate action against violators of the regulations.” , The official said.

And he insisted that they would apply the harshest penalties permitted by Law 358-05 on protecting consumer or user rights and its regulations in those cases.

As the Director of the Pro Consumidor noted the violation of Public Health Act 42-01, Alcohol Code 243-68And the Law 17-19 on the Elimination of Illicit Trade, Smuggling and Counterfeiting of Controlled ProductsAs well as forgery and poisoning stipulated in the Dominican Penal Code.