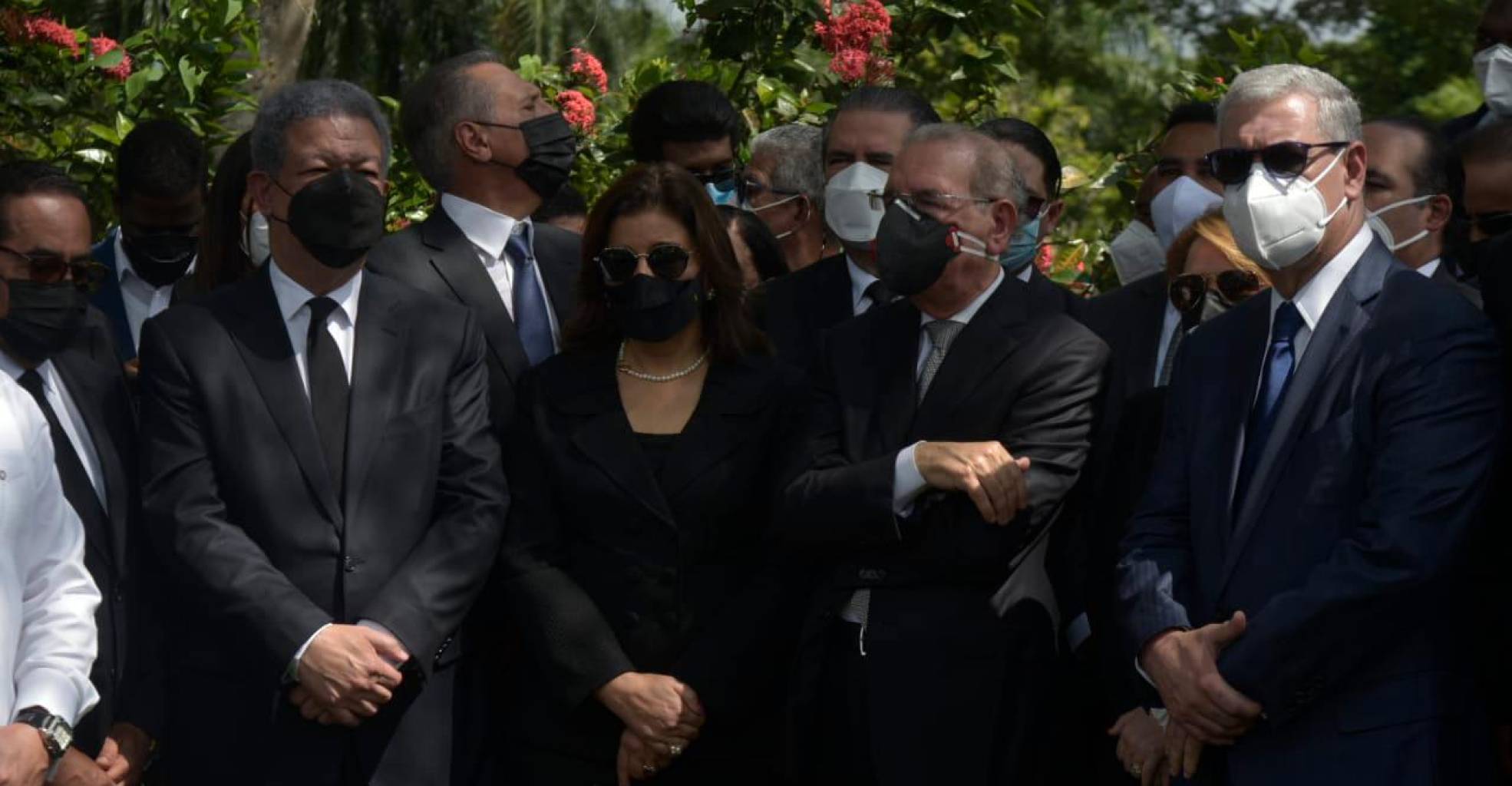 Amid the military tributes, recognition of political figures and the tears of their relatives, the body of former President of the Senate, Reinaldo Parade Perez, was buried Sunday noon.

Representatives of the main parties attended the funeral ceremony of the politician held in the memorial park, who stepped aside from the political factions in solidarity with the family of the deceased in his last farewell.

On behalf of the Dominican Liberation Party (PLD), José Ramón Fadol (Monchi) spoke, describing Reinaldo Pared as an exceptional being, endowed with great qualities and virtues, but also a loyal friend and a man without resentment.

He highlighted the career of Reynaldo Parade as a lawyer, professor at the Autonomous University of Santo Domingo (UASD) and UTESA, as well as a successful PLD politician.

Faddoul said, “He was a symbolic figure for the Democratic Liberation Party. With 45 years of political work. In difficult moments for the party, he always showed his face.”

On behalf of his relatives, they said that they would remember him as a great father, brother, husband … an excellent host who loved parties, enjoyed dancing, was an attentive person who opened the door of his house and his heart.

They expressed that Reinaldo Parade Pérez was a great lover of good music and literature. In his honor they played the tunes for Alberto Cortez’s “When a Friend Goes”.