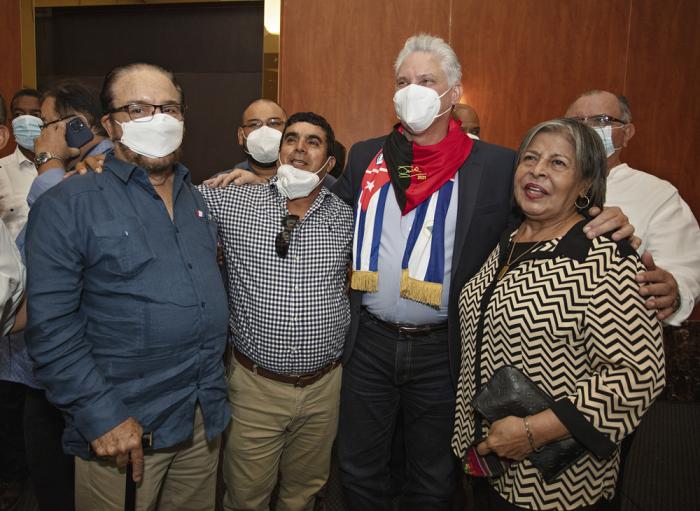 Although there was a military honor, a protocol, corresponding to the hierarchy of visit and occasion, the presence of the First Secretary of the Central Committee of the Cuban Communist Party and the President of the Republic, Miguel Diaz-Canel Bermúdez in Nicaragua, to be present at the inauguration of the re-elected President Commander Daniel Ortega, bypassed all formalities with The historical brotherhood of the peoples represented by both.

If, on his arrival yesterday, Díaz-Canel dedicated a “hug to Nicaragua”, describing it as a sister land, a friendly country, a people we know, and declaring his happiness to be back there, in the Revolution Square Sandinista embracing at the meeting of the two leaders, a symbolic gesture praised by those present at the gala swearing.

During the day, the proximity of Cuba and Nicaragua had other moments of affirmation, when the head of the Antilles spoke with the Cubans residing in the Central American country – whom he assured them were “part of the homeland” – and when he said he got a representation of the solidarity friends of that nation.

Common in the concept of the homeland and in its uncompromising defense, in devotion to its revolutions and in heroic resistance to the same enemies, both countries have, in their principles, the fundamental causes of brotherhood.