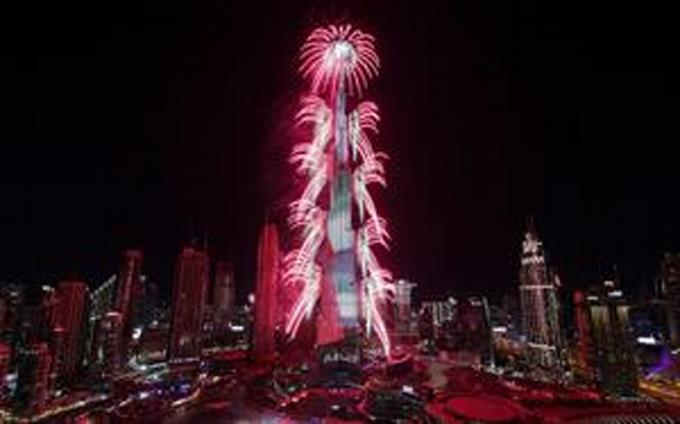 The official Emirates News Agency (WAM) reported that the United Arab Emirates today broke five Guinness World Records with fireworks during New Year’s celebrations, in which drones were used to light the sky, as part of its desire to continue to rise in its positions in the global list. .

The Emirate of Ras Al Khaimah recorded the first world record for the “highest height of a drone fireworks display” by forming a fireworks tower with a height of 1055.8 meters, exceeding the length of any skyscraper in the world.

On the other hand, at the Sheikh Zayed Festival in Abu Dhabi, three new records were recorded in the Guinness Book as visitors welcomed the first minutes of the new year with a fireworks display that lit the sky over the Al Wathba area for a period of 40 minutes with different formations and colors.

In this festival, the record for the largest number of fireworks in terms of quantity, time and form was broken.

The United Arab Emirates is the country with the most Guinness World Records, with a score of 425, in the Middle East and North Africa region.