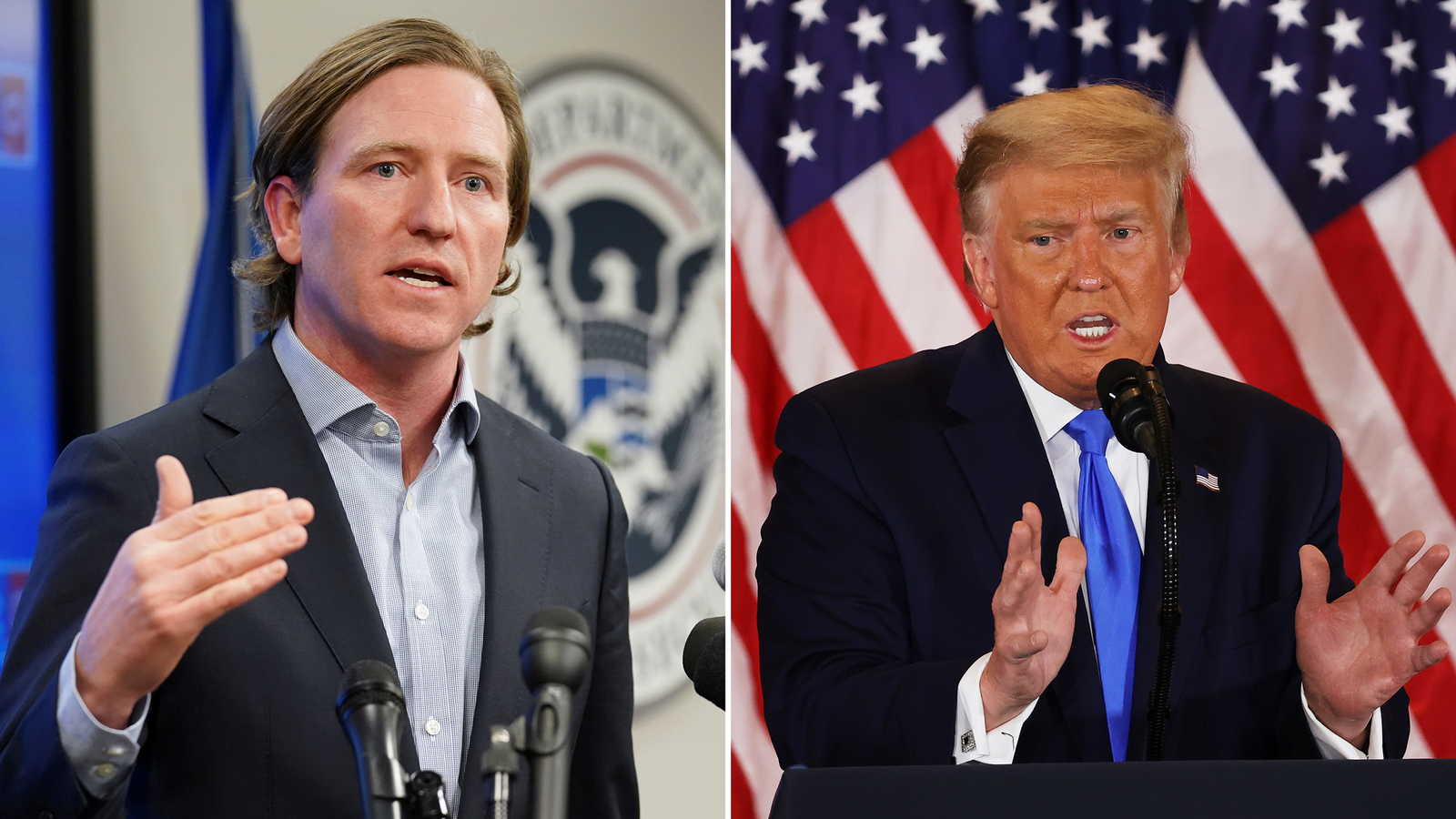 Donald Trump has fired the head of a government agency he set up to ensure voter credibility, insisting the election was fair and secure.

President Christopher Krebs, former director of the Cyber ​​Security and Infrastructure Security Organization (CISA), has been publicly fired on Twitter.

Mr Trump tweeted: “A recent report on the security of Chris Krebs 2020 election There were massive irregularities and frauds, including dead people voting, polling monitors not allowed inside polling stations, ‘defects’ in the voting machines, altering votes from Trump to Biden, late voting and more.


US election: Trump supporters give voice

“Therefore, with immediate effect, Chris Krebs has been suspended as Director of the Cyber ​​Security and Infrastructure Security Organization.”

Mr Krebs, who was hired by Mr Trump in 2016, tweeted a statement on Tuesday, citing nearly 60 election security officials, saying there was no credible evidence of computer fraud in the election.

He has repeatedly denied the president’s claims of electoral fraud, saying last week: “The November 3 election is the safest in American history.”

According to reports in the US media, Mr Krebs warned that the White House could launch a personal attack on Mr Trump following his refusal to defend the president after his supporters began targeting him.

He was aware of President Trump’s dismissal through a tweet.

Mr Gripps tweeted after his dismissal: “Respect for serving. We did it right. Protect today, protect tomorrow. # Protect2020”.

Outgoing President Severely violates That fraud took place during the election, and Swing is opening cases in the states in an attempt to overturn the results – although there is no hard evidence of any wrongdoing.

Responding to Mr Griffs’ dismissal, US Representative Adam Schiff, a Democrat who heads the House Intelligence Committee, praised the former director, saying, “The American people know what is true and what is not, to protect our elections and provide key support to state and local election officials.

He added: “Instead of rewarding this great service, President Trump is retaliating against Director Krebs and other officials who have done their duty.

“This is pathetic, but it is unfortunate that maintaining and defending our democratic processes will lead to gunfire.”

This is not the first staff change Mr. Trump has made since the election, following the shooting of his Secretary of Defense Mark Esper in an attempt to secure support at the Pentagon.

The office of President-elect Joe Biden did not immediately respond to a request for comment.