US study says no one downloaded Chivo Wallet in 2022 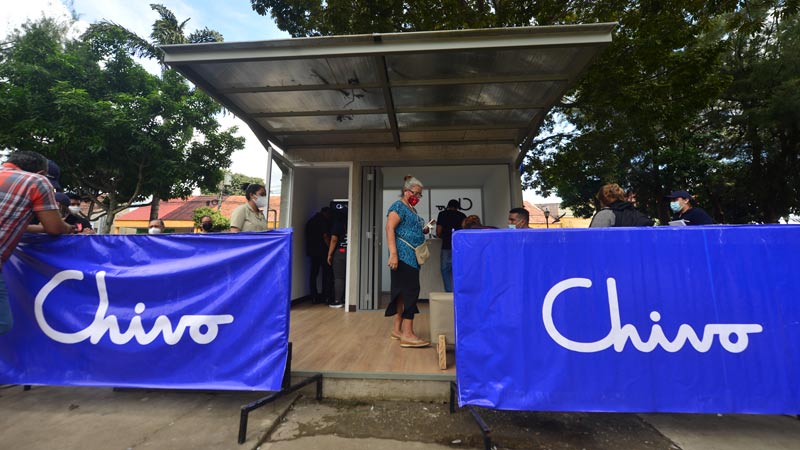 US media outlet Bloomberg reported that a survey conducted by the US National Bureau of Economic Research in cooperation with Cid Gallup shows that respondents do not trust the Bitcoin system.

The US National Bureau of Economic Research, in conjunction with Cid Gallup, conducted a survey that showed that only 20% of Salvadorans (2 out of 10) continue to use Chivo Wallet, according to US media. Bloomberg.

The post titled “Bitcoin Launch in El Salvador Looks to Fail, According to Survey,” notes that in February of this year the survey interviewed “face-to-face” adults from 1,800 families across El Salvador, who were consulted about the use of the wallet it promoted. Its the government of El Salvador. The results show that this low percentage of respondents continued to use the app after downloading it and spending a reward of $30, which means that the other 80% stopped using it.

“The most important reason for not downloading the app, provided we know it, is that users prefer to use cash, which was followed by issues of trust: respondents did not trust the system or bitcoin itself,” the study said. Bloomberg.

You may be interested in: Economists explain: “Those who send remittances don’t use bitcoin because they don’t trust them.”

He notes that the majority of app downloads occurred in September 2021, when the use of bitcoin as legal tender came into effect. “Practically no one installed Chivo on their phones in 2022, according to the study,” he says.

Similarly, the media highlights that the survey showed that among the companies, 20% reported that they continue to accept Bitcoin as a form of payment, and the majority were large companies.

The study found that “on average, 5% of all sales were in bitcoin and the majority of transactions were converted to dollars,” according to a Bloomberg report.

What’s more: These are the warnings issued by the International Monetary Fund to El Salvador about it

Another fact found in the study by the US National Bureau of Economic Research and Cid Gallup is that Salvadorans do not use Chivo Wallet for large tax payments and transfers. This data confirms what national surveys have reflected in previous months and is even corroborated by the same official data from the Central Reserve Bank (BCR).

The head of the Swiss Central Bank stated on March 25 that between January and February 2022, remittances amounted to $552.7 million and $572.6 million, respectively, totaling $1125.3 million and exceeding by 10% remittances received in the same period in 2021.

Of the total amount, the official indicated that only $19 million entered through Chivo Wallet for Bitcoin transactions.

You can read: Only 1.7% of remittances in January and February entered through Chivo Wallet, according to the head of the Swiss central bank

“The study found no evidence of Chivo wallet being used to pay taxes and remittances on any significant scale, in line with data from the Central Bank of El Salvador showing that only 1.6% of remittances were sent via digital wallets in 2022,” US media publishes. .