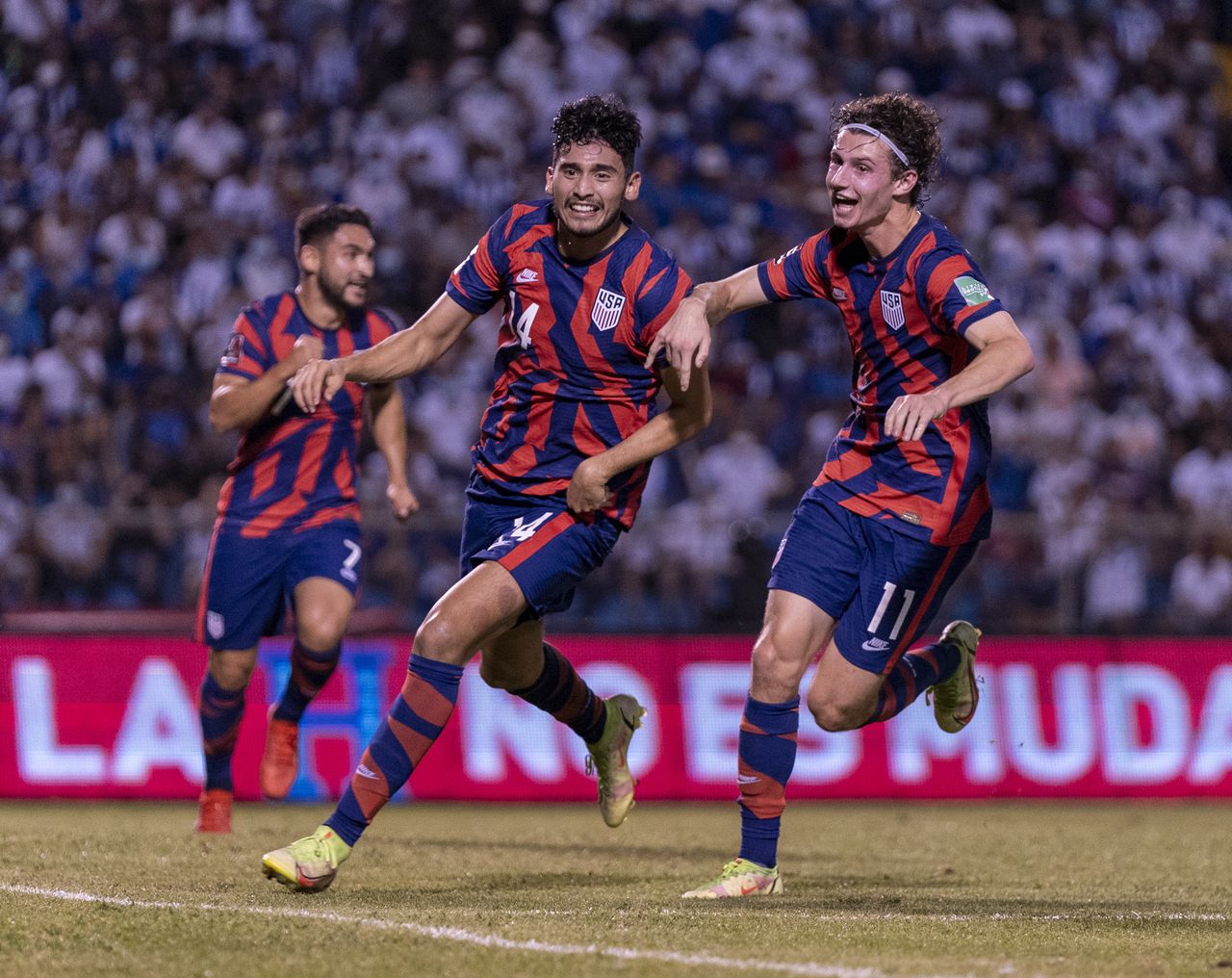 The United States men’s national soccer team faces a high-pressure opening game at the 2022 World Cup, which could be decisive in their chances of making the knockout stages.

With only the top two teams in each group qualifying for the next stage, and England favorite to win the group, both the USMNT and Wales seem set to battle it out for second place.

In qualifying, Wales finished second in the group behind Belgium and booked a ticket to Qatar after beating Austria and Ukraine in the play-offs.

USMNT head coach Gregg Berhalter will be boosted by the ever-increasing quality of the MLS with FC Dallas attackers Paul Arriola and Jesús Ferreira likely to feature in his plans along with Inter Miami full-back DeAndre Yedlin and New York Red Bulls defender Aaron Long.

Competing at the highest level of European football

Berhalter has lots of talent at his disposal with Juventus midfielder Weston McKennie, Chelsea’s attacking midfielder Christian Pulisic, and Tyler Adams of English club Leeds United all performing at a high level in Europe. Pulisic, in particular, is bullish about the chances of the USMNT at the tournament.

England is the hot favorite to win Group B, which would see them advance to the knockout stage of the competition. The question simply is: who will join them? If, as expected, England win the group, the battle for second place would be between the USMNT and Wales. Iran is experiencing a chaotic time as the tournament approaches with head coach Dragan Skocic fired and reinstated six days later.

The Welsh national team has a wealth of experienced players with goalkeeper Wayne Hennessey, defender Chris Gunter and forward Gareth Bale, who now plays in the MLS, all possessing over 100 international caps. The USMNT, in comparison, has a young and in some ways more inexperienced selection of players, with DeAndre Yedlin the most capped player with 74 international appearances.

While it could be argued that the US team will be better placed to perform well at the 2026 FIFA World Cup, which will be held in the United States, Mexico, and Canada, Berhalter will not want to squander any opportunity to progress in the 2022 tournament.

An opportunity to emerge victorious

Bale has been a talismanic figure for Wales, scoring 40 goals in 106 games, but there is a sense that the Dragons have become overly reliant on the 33-year-old. Of the contenders for a place in the World Cup squad, only Aaron Ramsey has reached double figures in the scoring charts at the international level, creating a headache for head coach Rob Page.

In qualifying, Wales scored 14 goals, with the two veterans scoring three apiece. This creates an opportunity for the USMNT if they can keep Bale out of the game. As the ex-Real Madrid has signed for Los Angeles FC, this gives the USMNT an opportunity to discover how to handle him. The crunch match will take place at the Al Rayyan Stadium on November 22nd with the USMNT currently priced at odds of +135 to emerge victorious in what is likely to be a popular bet on World Cup soccer 2022 amongst fans of the US boys.

The very first game for the USMNT at the upcoming World Cup in Qatar is likely to be a high-pressure affair as it could decide who makes it to the next round. The tournament hopes of the USA could rest on the ability to neutralize the threat posed by Welsh star Gareth Bale.