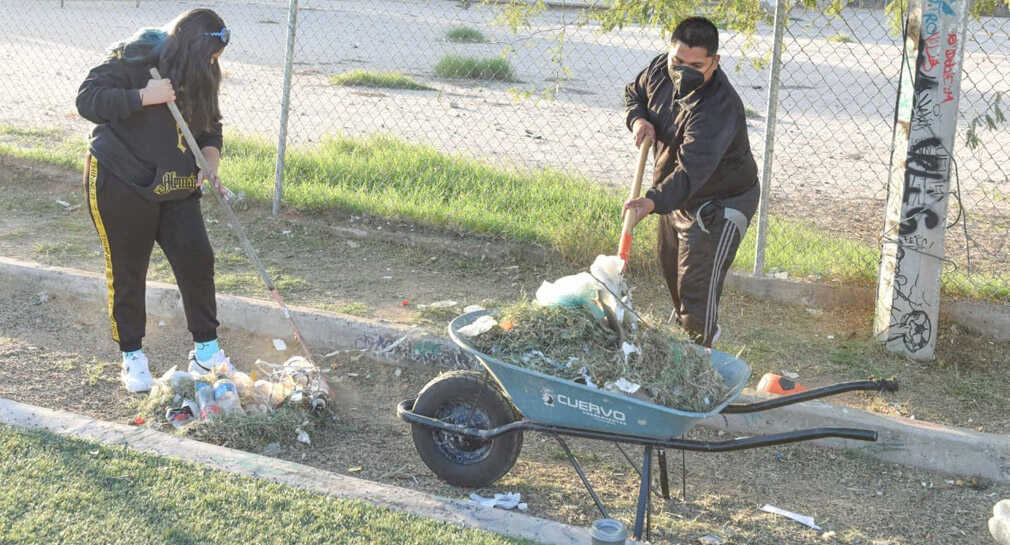 Hermosillo, Sonora: Citizens and employees of the Hermosillo government joined forces this Saturday morning in the cleaning and general maintenance of football stadiums in the Velas del Real neighborhood, in the northeast of the city.

Dario Noriega, Director of IDJH, explained that the packing has been freed from scattered waste and vandalism on walls in various places, as part of the strategy to rescue the infrastructure for public use, which is the responsibility of the municipal government.

Members of the men’s and women’s teams from the municipal football associations, Zona Norte Puebletus, coaches and parents, whose activity has changed for the better the image and condition of the place, abandoned by previous administrations.

The municipal official announced that similar interventions will be implemented at the end of every week in sports facilities upon request of citizens, as happened recently in football stadiums in La Sauceda Oriente

He thanked the participants in this conference and gave those interested the option to submit a request via the Citizen Hotline 072 or on the Facebook page of the Hermosillo Institute for Sport and Youth.

He stressed the importance of applicants being prepared to participate in cleaning days, and then constant attention to places of sports and family coexistence in their neighborhoods.