‘We will fight to the last consequences’: A Mexican company’s legal battle against Elon Musk in favor of the StarLink brand 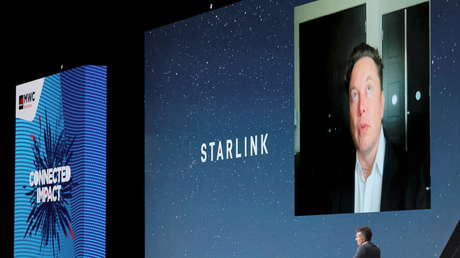 It was registered in Mexico in 2015, three years before SpaceX began proceedings.

The Mexican company Stargroup is in a legal battle against the US company SpaceX, owned by Elon Musk, for the use and ownership of the StarLink trade name on Mexican soil.

“We will fight to the last consequences,” said Stargroup Director José Aguirre Campos. to interview With El Financiero.

According to Aguirre, StarLink is one of the six brands that the company owns in Mexico – the others being StarGo, StarLine, StarTV, StarKa and StarGroup – to provide various services; With this, in particular, they offer satellite Internet to rural areas, similar to Musk.

The difference is that Stargroup’s StarLink was registered with the Mexican Institute of Intellectual Property (IMPI) in 2015, three years before SpaceX began registering.

According to Aguirre’s account, SpaceX has asked the StarLink brand to operate in Mexico and the International Institute of Industrial Property has twice denied using it, “because it is already properly registered” in the country.

SpaceX went to the Federal Court of Administrative Justice, where the Specialized Chamber on Intellectual Property of that court, despite the fact that IMPI had already denied using the trademark, ruled against Stargroup.

“It is surprising that in that court, when judgments take months, even years, to be decided upon […] Within days we are judged Aguirre denounced injustice.”

According to the complainant, SpaceX’s lawyers argued in court that the trademark was not used in Mexico and that, when registered, it was allegedly made under Aguirre’s personal name and not Stargroup.

“It is public and known (in) that we provide services throughout Mexico using this StarLink brand”Aguirre noted. Regarding the other argument, he noted, “Any Mexican company would be at risk of losing its trademark:” Before you do something, you first have to register the trademark, because it can’t be in reverse. “

In the face of the Federal Administrative Court of Justice ruling, StarGroup has launched a protection process against SpaceX and is awaiting a ruling in its favour.

“We do not sell the brand”

Aguirre asserts that prior to the litigation, SpaceX tried to buy the brand from them, which Stargroup rejected “and there was no further communication.”

“We told them that was not the way, and if they wanted, we could do business, that the brand was not for sale, which They were not interested and legally acted against usHe pointed out.

Additionally, he insisted: “We don’t sell the brand.”