When questioned at Anti Pulpo, he admitted that he took a bribe and returned 4 million to the prosecutor’s office 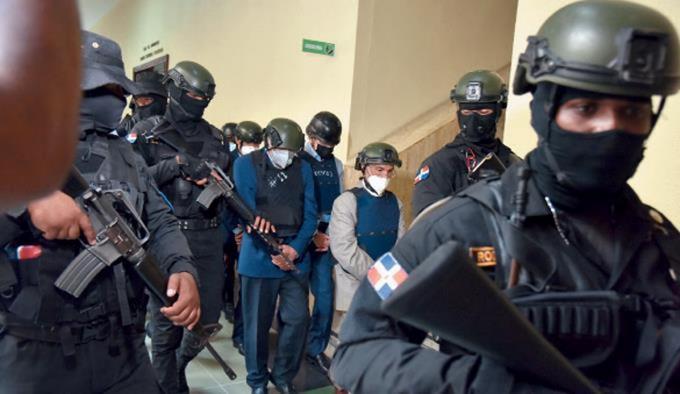 Mr. Wilfredo Arturo González Castillo, chosen by the Public Prosecution Office for his participation in the administrative corruption plot exposed by the authorities through Operation Antipulpo, returned about four million pesos, admitting that he obtained them illegally.

According to the file containing the official accusation against those involved, on December 3, 2021 Gonzalez Castillo filed a case entitled “Voluntary return of fraudulently received values”, which was addressed to Judge Yeni Bernice Reynoso, with a copy to the head of the Office of the Special Prosecutor for the Prosecution of Corruption. Administrator (Pepca), Wilson Camacho.

“In the aforementioned case, prove that it is proceeding with the return of funds corresponding to the deliveries of securities made to it in its capacity as President of the OISOE Group, by the corruption network led by Juan Alexis Medina Sánchez and other persons, noting in a manner that identifies the defendant José Dolores Santana Carmona and Mr. Efraín Santiago Baez Fajardo (Representative of Tools Corporation),” indicates the indictment.

For these purposes, I deposit with the indicated instance, management check No. 11218603 from Banco BHD León, dated December 3, 2021, issued in the amount of four million pesos, on behalf of the Attorney General’s Office.

The file states that Gonzalez Castillo admitted to the Public Prosecution Office that he received direct payments from several people, including Juan Alexis Medina, the main implicated in the plot and brother of former President Danilo Medina.

“I received money from José Dolores, Alexis Medina, Efraín, and Rigoberto Alcantara, mostly to simplify Domedical operations … for the record they received bonuses, Francisco Pagan, Technical Director Victor Encarnacion, one of whom left with some packages that were not from computers , full of money, I saw her, legal director Lina de la Cruz, the financier. On the other hand, I heard that Leo got an apartment, Valdez lives in San Cristobal, Leonidas changed everything, even the way he dressed. From Sonia with a lady, I heard that she bought an apartment, I got there in poor condition, peeling off as we said, I heard that some contractors helped her husband build his soccer academy….One time I received three hundred thousand pesos from Jose Dolores straight from his hands.Since Domedical’s work, they usually sent Jose Dolores.I He gave me the money in the office, on two thousand ballot papers, in a white envelope, Jose Dolores always had a bundle, and there he took it,” the file notes, citing Gonzalez Castillo’s confession.

The network is accused in the above-mentioned case of embezzlement by the state of more than 5,000 million pesos from 2012 to 2020. The term of office was headed by the former head of state.