Who were the leaders of the PLD that Hippolyto Mejia met with? 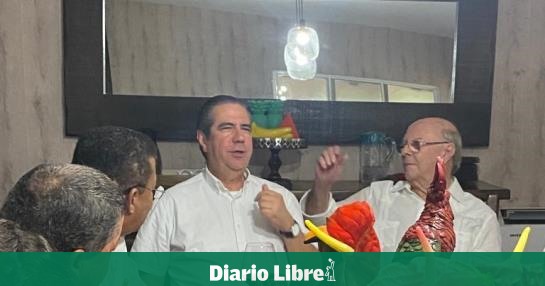 Although details were not disclosed and kept out of sight, former President Hipólito Mejia recently held a meeting with leaders of the opposition Dominican Liberation Party (PLD) and communication actors.

According to the photos posted by the PLD deputy on social media Victor Manuel Faddoul and former reformist leader Claudio de los Santos, had a “friends” meeting.

The meeting was scheduled for May 1 between Mejia and PLD leaders and former ministers: Francis Xavier Garciatourism; Munshi Fadlthe Interior and Police; Robin Paulino Simdefense, as well as Representative Victor Manuel Fadol, strategist Jorge Linderburg and communicator Danny Alcantara, among others.

Talk about the meeting on Monday Danilo DiazMember of the Political Committee of PLDwhich ruled out any rapprochement with the Party of the Modern Revolution (PRM).

He attributed rumors trying to have an internal impact on PLDthe alleged affinity with PRM.

The meeting was speculated about as alleged negotiations in search of supposed support from PLDfor the constitutional reform proposed by the government PRM In exchange for empowering Danilo Medina.

“These are rumors trying to have a negative effect on the party, but the first to oppose this part is the president of the city who is not interested in a new term because he understands that two terms are enough and has no aspirations on the agenda.”Diaz, identified in the Matinal 5 programme, according to a press release issued by the party.

See also  The government withdraws the proposal to reduce the funds for the parties and will grant them 1,200 million reais this year