Why Kansas is Your 2022 NCAA Tournament Champion 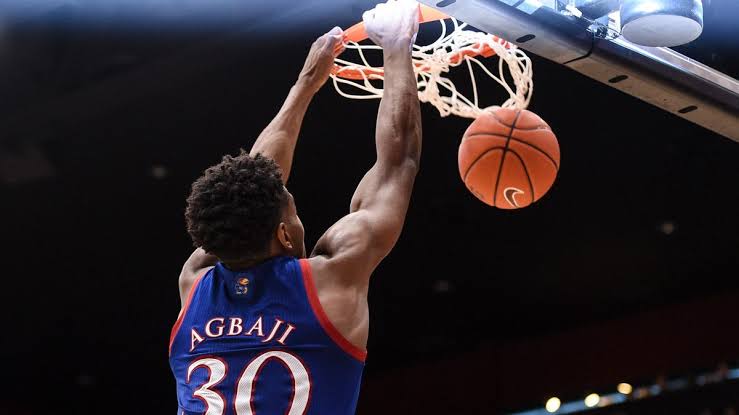 Selection Sunday had plenty of winners and losers, but it’s hard to find a team with a better draw than the Kansas Jayhawks. KU was able to draw a #1 seed in the Midwest Region, which on paper looks tough but could actually be kind of overrated. It’s the first time Bill Self has drawn the #1 seed since 2018, so let’s take a look at why Kansas look like an interesting pick when it comes to looking at Vegas Odds NCAA Tournament value.

The Jayhawks have had their share of ups and downs in the NCAA Tournament, winning the Championship in 2008 and making the Final 4 in 2018, but this is a team that has also been knocked out in the second round in the last two postseasons, losing to Auburn in 2019 and USC by 34 points last year (tournament cancelled in 2020). Those past failures are just a couple reasons why Kansas is focused and locked in to become 2022 NCAA Tournament Champions with +900 odds this year.

As the #1 seed Kansas will get a team coming off the play-in game in the first round. One of those teams, Texas A&M Corpus Christi is making just their second tournament appearance of all time while the Jayhawks’ likely opponent, Texas Southern, is a 12-loss team playing in the SWAC.

If (when) Kansas does get past the first round, they’ll have either San Diego State or Creighton waiting in the wings. Quality teams, but both ones that the Jayhawks should get by without any problems.

Where KU really gets their edge is in the second weekend of the NCAA tournament. The #4 or #5 seed that Kansas would likely face is either Providence who many people thought overachieved in winning the Big East regular season title and was just destroyed by 27 in their conference tournament. Iowa would be a tough test as winners of 9 of their last 10 and with one of the better scorers in the country in Keegan Murray (23.3 ppg) but they also might be the Jayhawks’ last big hurdle.

Auburn got the #2 seed in the bottom half of the Midwest Region, but they’ll also face a huge challenge in the round of 32 with the winner of #7 USC/#10 Miami. #3 seed Wisconsin not only looks overrated after losing to Nebraska in the regular season finale and Michigan State in their Big Ten Tournament opener but will also have to survive the #6 LSU/ #11 Iowa State winner in the second round – either an SEC or a Big 12 school.

Make no mistake, Kansas is going to have a battle against any of the other #1 seeds – if they get there. That being said, Gonzaga has never won a national championship and the Jayhawks have already beaten fellow Big 12 combatant Baylor by 24 points this season. The biggest likely challenge is #1 Arizona who KU would face in the Final 4.

The Jayhawks are coming off another Big 12 Conference Tournament Title, and they put up 74 points against arguably the best defense in the country in Texas Tech. KU had balanced scoring led by David McCormack’s 18 points and 11 rebounds, and 16 from Big 12 Player of the Year Ochai Ogbaji.

See also  'Bolillo' Gomez issues a warning to Panama: 'A full stadium weighs in. It is not easy for a visitor'

Kansas got up to #3 in the final poll before the tournament starts and did so with the #3 hardest schedule in the country and had the #6 adjusted offensive efficiency in the nation while facing the #1 adjusted defensive efficiency schedule.