“xHarnel”, the only Dominican to break the Guinness World Record for a video game 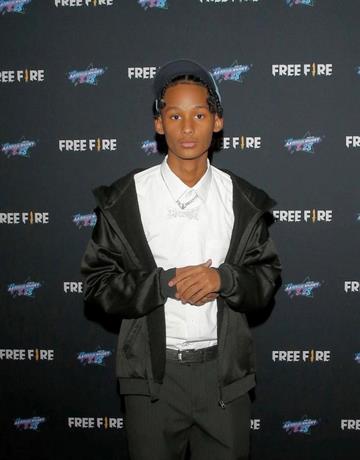 Video game influencer Harnel “xHarnel” Matías Nova Gómez set the Guinness World Record for breaking the record for largest projected video game screen at Tropicana Las Vegas Nevada. He was the only Latino and Dominican man who, along with four of his teammates, managed to break the record.

xHarnel is a file TikTok content creator and gaming personality, Known for sharing competitive Garena Free Fire games on his account, he has over 2 million followers.

Before fame, he developed his passion for gaming during childhood and decided to take advantage of social media exposure to make this a full time career.
The 20-year-old Nova Gomez is also the owner of a professional gaming organization known as Heptick Gaming, where he has built a large community of guys looking to break into the professional gaming world.

The massive projection installation was displayed on the side of the Club Tower at the Tropicana Hotel in Las Vegas and covered a total area of ​​4,673.65 square feet, It beat the previous record for Xbox Series X and Destiny 2: Beyond Light by more than double.

Event organizers are proud to produce The largest number of lumens generated by a group of projectors in the United States With over 1.6 million lumens of light.