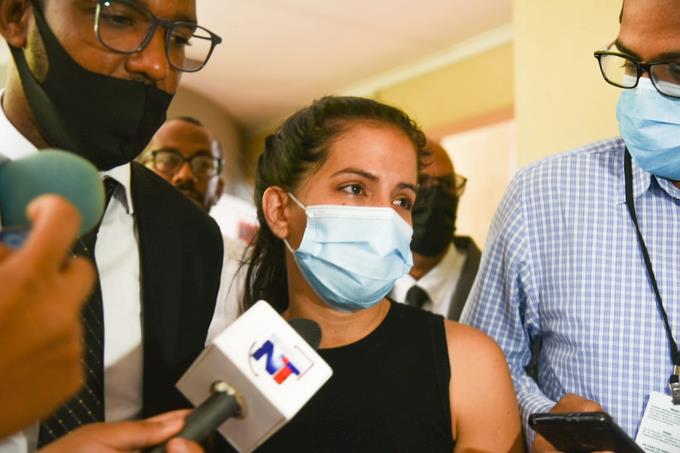 Heidi Musa, a friend of Juan Carlos Moscia Eduardo, one of those named in Operation Falcon, is currently being interviewed by representatives of the Public Prosecution Office, led by the Deputy Attorney General, Yéni Bernice Renoso.

So far, it is not known what issues they discuss in the interview, nor whether they will remain in custody.

Both Heidi and her brother Waldo, who were arrested Thursday night along with Juan Carlos Moscia Eduardo, one of the main people involved in Operation Falcon, are nephews of the former mayor of Puerto Plata, Walter Musa.

Hours earlier, Heidi’s lawyer, Carlos Bonilla, confirmed that his representative and Juan Carlos Moscia Eduardo had a romantic relationship but that he was unaware of the repercussions of the illegal acts he was accused of.

This afternoon, the hearing on the forced action of those involved in Operation Falcon has been postponed for a second time to Monday at 10 a.m.