19 killed in plane crash in Tanzania 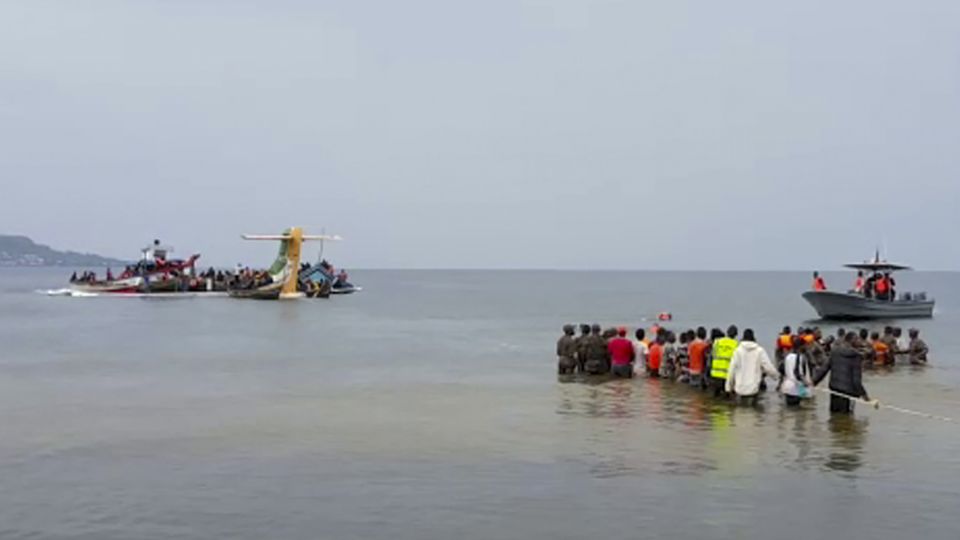 “We regret the loss of 19 of our brothers and sisters in the wake of the rescue effort. We believe there were no bodies left on the plane. We started removing baggage and personal belongings from the plane. A team of doctors and security services removed them from the plane. The process of identifying the deceased and notifying the families has begun.”

According to the prime minister, at the moment, it is not clear if two of the dead were local residents helping with rescue operations or airline personnel who were excluded from the flight manifest.

“We will investigate where the other two came from,” he said.

Earlier today, the airline said that at least 26 people had been rescued and taken to hospital for medical treatment, and that rescue operations were continuing.

The Precision Air commercial flight took off from Dar es Salaam and was en route to Bukoba before hitting Lake Victoria on approach to Bukoba Airport. It had 39 passengers and 4 crew members on board.

A video circulated on social media shows the plane submerged in water as emergency services coordinate rescue efforts from nearby boats.

Publisher’s note: This article has been updated with the latest information.