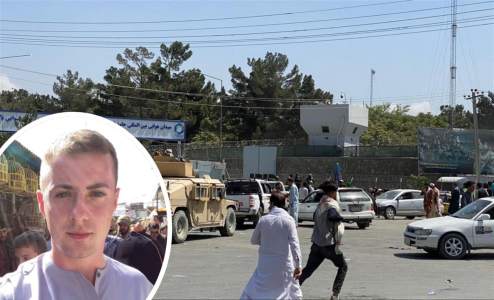 One Miles Routledge, a 21-year-old British college student, asserts that he was in Afghanistan on “vacation” when he was surprised by the Taliban’s advance, so he is now trapped in the country and broadcasts his journey live on his social networks.

Routledge confirmed today for The British newspaper, The Times Which is currently “in good hands”, at a UN-run site in Kabul with about 50 people of British, American and Turkish citizenship.

But he initially criticized that the British embassy had abandoned him, not answering his calls or emails when the Taliban was already besieging the Afghan capital.

This young man, a physics student at Loughborough University (central England), wrote on the 4Chan forum on August 13: “I have decided to visit Afghanistan for a few days, I have never been to it before. Just relaxing and sunbathing. Quieter than London.”

Routledge explained that he chose Kabul as a tourist destination because he wanted to discover “the worst places in the world”, like a “shopping list”, after visiting the Chernobyl Exclusion Zone in 2019.

His first goal was to visit North Korea, but due to the coronavirus pandemic, the bureaucratic procedures for entering Afghanistan were simpler, argued the student, who was also fascinated by the country’s “beauty, gastronomy, and cheap prices.”

Routledge had not been in contact with anyone in his family since he was 14 years old, he came to wander the streets of Birmingham and work as a bank to pay for his studies and support himself financially and to be able to take his odd trips, according to himself.