A new species of prehistoric human has been discovered in Israel 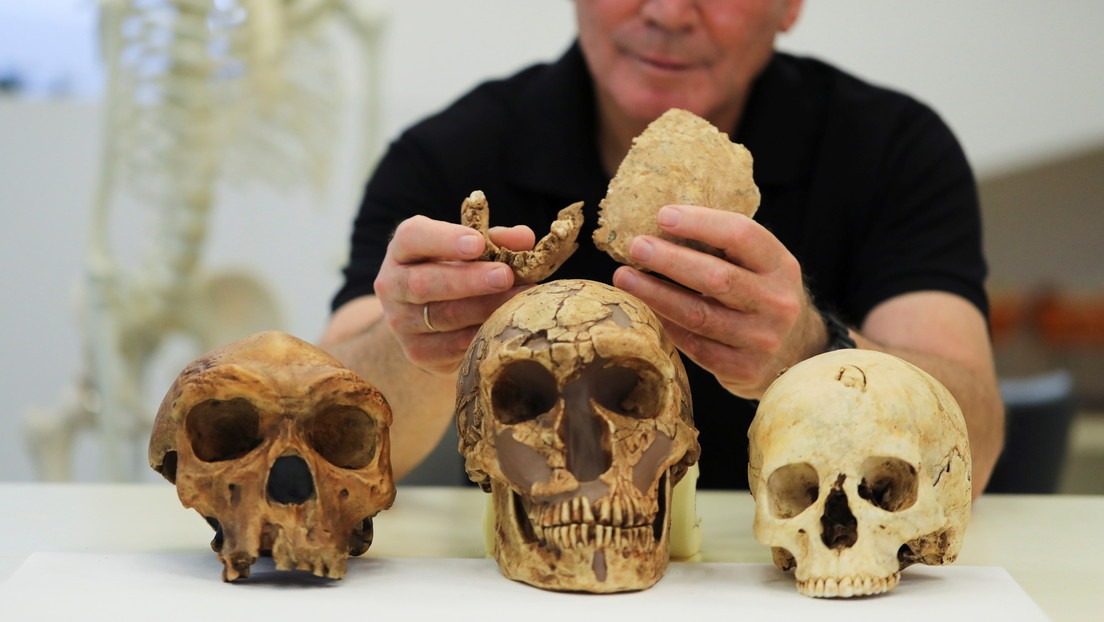 Scientists said a new species of prehistoric human, recently discovered in Israel, is raising questions about the idea that Neanderthals originated in Europe before migrating south.

Archaeological excavations near the city of Ramle, central Israel, by a team from the Hebrew University of Jerusalem, have revealed prehistoric remains that do not correspond to any known species of man, including modern humans (Homo sapiens).

In a study published in the journal Science, anthropologists and archaeologists from Tel Aviv University, led by Yossi Zeidner, named Homo Nesher Ramla, after the site where the remains were found.

In a statement released Thursday, researchers said the skeleton is between 120,000 and 140,000 years old and shares features in common with Neanderthals, particularly teeth and jaws, and other types of prehistoric men, particularly the skull.

In addition to human remains, the excavations found at a depth of eight meters, a large number of animal bones and stone tools.

According to the expert, this discovery is “especially astonishing because it shows that there are several types of man living in the same place at the same time at this stage of human evolution.”

The researchers suggested that some of the fossils previously found in Israel, dating back 400,000 years, could belong to the same type of prehistoric humans.

– Piece in the evolutionary puzzle –

The discovery of Homo Nesher Ramla casts doubt on the theory that Neanderthals first appeared in Europe before migrating south.

“This theory is called into question because of [el descubrimiento] It indicates that the ancestors of European Neanderthals actually lived in the Levant 400,000 years ago,” says anthropologist Israel Hershkowitz, of Tel Aviv University.

“Our findings suggest that the famous Western European Neanderthals are the remains of a much larger population that lived here in the Levant, rather than the other way around,” he added.

One of the study’s authors, dentist and anthropologist Rachel Sarrig, of Tel Aviv University, explained that the findings suggest that “small groups of Homo Nesher Ramla migrated to Europe, where they became the ‘classic’ Neanderthals we also know, as well as into Asia, where They became prehistoric inhabitants with characteristics similar to those of Neanderthals.”

He estimated that “between Africa, Europe, and Asia, the Land of Israel was the melting pot where different populations mixed and then spread.” “This discovery writes a wonderful new chapter in human history,” he added.

The discovery is of great scientific interest, according to Hershkowitz, because it allows adding a piece to the puzzle of human evolution and a better understanding of human migrations in antiquity.

Geneticists studying European Neanderthal DNA in the past have suggested the existence of a similar group, called the “lost population” or “population X,” which may have interbred with Homo sapiens more than 200,000 years ago.

In their article, Israeli researchers suggest that Homo Nesher Ramla may be that missing link. France Press agency