A Russian astronaut welcomes the invitation of Abinader to the RD 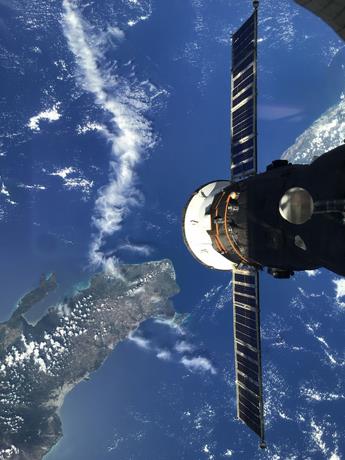 Russian astronaut Oleg Nowitzki thanked the invitation made by the President of the Republic, Louis Abenader, to the country, after a picture taken from space spread where the island is appreciated.

Last Friday, the astronaut praised the country with a message alongside an image showing a silhouette of the eastern part of the island, pleasing to the natural beauty, in a tweet that went viral.

“I looked out the window and saw the most visited country in the Caribbean: the Dominican Republic. This paradise on earth impresses the guests with its magnificent scenery and nature that amazes one to the point that one wants to be a part of it.”

Because of the Russian gesture, the Dominican Prime Minister immediately invited the astronaut to visit the country when he landed, and thanked him for his greetings on the same social network Twitter.

“Thank you very much, Oleg, for your greetings to the beloved Dominican Republic.” The Head of State said, “You are invited as soon as you return from space.”